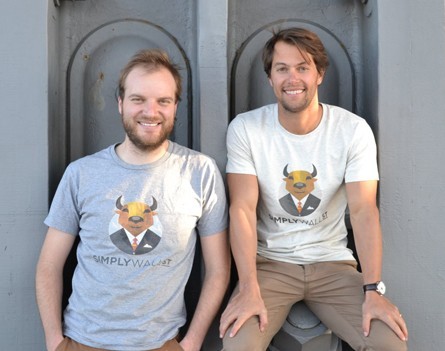 The secret to successfully closing an investment round is coffee, according to Simply Wall St co-founder Nick van den Berg.

Meeting with investors face-to-face in a cafe, he says, helps both parties get to know each other and ensure they’re both on the same page.

It worked for Simply Wall St, with the fintech startup recently securing a $600,000 investment round and a partnership with National Australia Bank.

“A lot of the funding process is about meeting people,” van den Berg says.

“We weren’t just looking for money but for investors that can help grow the business.

“Both parties really want to get to know each other and you can’t do that by hiding behind business plans and investment memorandums.”

The team presented “at least 80” pitches before bringing on board lead investor Mike Quinn from Innovation Capital, who invested as an individual.

“To get to that point takes quite a lot of time, and I think that has a bit to do with the fragmented nature of startup investing in Australia,” van den Berg says.

Simply Wall St closed the funding round on the back of signing a partnership with NAB that will involve the startup’s flagship service Snowflake, which graphically visualises live stock data, appearing on the bank’s website.

The capital injection will go towards “taking the company to the next level” by monetising the online app and launching a native app in the next three months.

It brings the total investments in Simply Wall St to $700,000 after it received a $100,000 boost as part of an accelerator program run by AWI Ventures last year.

Although playing coy with what valuation was placed on the company, van den Berg says the round was oversubscribed by $100,000, and the co-founders didn’t come close to giving away more than 20% equity.

Van den Berg and co-founder Al Bentley will soon be appearing at the Fintech Week in London with the aim of meeting with potential investors and partners, and getting a feel for the fintech startup scene internationally.

“This will assist our thought process in what sort of representation Simply Wall St needs in either, or both, of these place,” he says.

The platform now has over 11,000 users, a sharp rise from less than 4000 at the end of last year. It produces over 9000 infographics each day, and now the startup is looking to monetise these large numbers.

Van den Berg says they’re working on a range of “essential features” that’ll hopefully convert some of these free users into “power users” paying a monthly subscription fee, as the app emerges from beta soon.

But he stresses that there will also be a free version of the service to all users, and all feedback is being taken on board.

“Often one of the issues when building an app or a product is that people don’t let you know what they think,” he says. “Our users have been fantastic in requesting what sort of features they would like to see and it has definitely influenced our development roadmap for the better.”

One of the most rewarding parts of the startup’s success, van den Berg says, is seeing the wide range of people that are benefitting from its services.

“It’s been really interesting seeing the cross-section of our users – anything from a Gen Y investor that hasn’t bought a stock before through to an 80 year old ex-stock broker that uses it every day.”