Six tips for applying for a startup grant 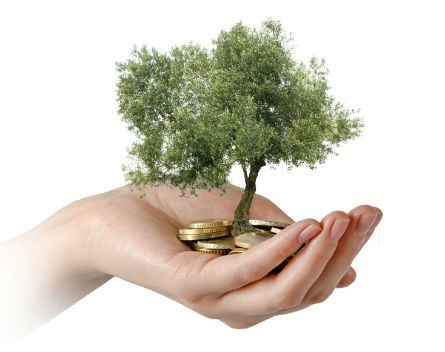 Startups and innovation are all the rage at the moment in all levels of politics, and that means there’s a lot of money on offer.

There’s also likely to be a lot more going with the imminent announcement of the government’s flagship innovation statement in December.

But early-stage companies need to know where to look and how to actually apply.

Working out what grants a startup is eligible for, and jumping through all the hoops involved in the process is a common pain point for founders and often leads them to forgo the opportunities entirely.

The federal government recently handed out another $8.5 million in commercialisation grants, with eye-tracking software xLabs and IoT animal control startup Agersens sharing in the spoils.

XLabs nabbed more than $350,000 while Agersens picked up a quarter of a million, and we asked the founders about the tricks of the trade for successfully getting a government startup grant.

It’s important that you take time to rework the application and build on it from feedback given by a wide range of people, xLabs co-founder Joe Hanna says.

“Don’t rush – the process will take time but getting it right is important,” he says.

“I found it useful to iterate through my application, refining it constantly until I was really happy with it and the supporting evidence before I submitted it.”

2. You need something unique

Hanna says the most crucial part of gaining the attention of the grant judges is that you are offering something entirely unique and innovative to the market.

“The product must be novel for the desired market,” Hanna says.

“If there are other startups like yours in the market then you simply won’t get through the first hurdle.

“It is important to note that the product, service or process must be new and not simply an enhancement to an existing product.

“The criteria often catches out many startups who are looking to add innovative or novel features to an existing product.”

3. You can’t pay someone else to do it

Although there is ample external assistance on offer for applying for these grants, Hanna says an intimate knowledge of the business that only a founder can have is what makes or breaks an application.

“Startups should not be looking for external assistance because so much of the application is based on how well you know your market, customers and opportunity,” he says.

“Any founder should really know that themselves. The success of the application comes down to how well you know your business, which is too important to leave to anyone else.”

That doesn’t mean you can’t seek advice though, with many grant processes involving a consultant or advisor, Agersens managing director Ian Reilly says.

“One of the key things is you really need to work closely with the case manager and listen to their advice and work with them,” Reilly says.

4. You need to have traction

“When documenting the value proposition it is important to ensure that you can demonstrate the value ideally through willing trial customers or early adopters,” Hanna says.

This means startups might need to wait a bit so they can properly prove that they are offering something new.

“One of the biggest mistakes is timing,” he says.

“Startups often apply too early – before they have completed and tested the innovation.”

For Reilly, it’s about securing the right balance of traction when to apply for a grant.

“It’s a struggle between both having a business that’s advanced enough to be in a position to get a grant, with ticking all the boxes of market validation and tech validation, without being too advanced that you don’t need the funding,” Reilly says

With huge amounts of capital on offer for startups, Reilly says it’s important to only seek as much as you immediately need to ensure a better chance of success.

“Asking for a lot means you have to have a far better case to compete and that makes it so much harder,” he says.

“We weren’t asking for a lot – it was the lowest grant given. We would have liked a million dollars but we’ve asked for a smaller amount.”

Applying for a grant is just another competition for a startup. Reilly says to treat it like a competitive investment round.

“A competitive grant is just another pitch to another set of investors with their own criteria,” he says.

“If you view it that way you’ll be in a much better position.”

One of the main difficulties is that there’s no way of knowing who you’re competing with though, and they could be entirely different companies.

“Even if you meet all the criteria you still have to compete against someone else and there’s no way to know what that is,” Reilly says.

“It’s best to meet the criteria and cover all the bases in the best possible way.”

Most of all, Reilly says it’s important a startup is ready to put the time and effort in to be rewarded in the long run.

“It took a long time, a lot of effort and they do make you jump through a lot of hoops,” he says.