Six tips on how to sell your startup to investors 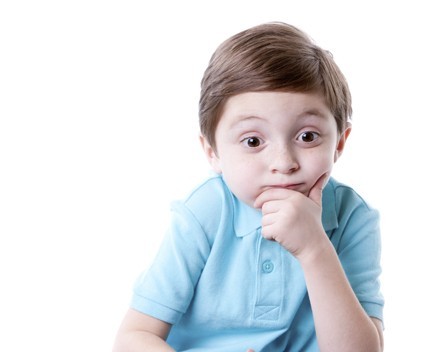 You could be sitting on the next billion-dollar idea, but most people, including investors, won’t believe it until it starts to take off. Unfortunately, if you need to raise money to get there you’ll sometimes need to make them believe in your idea right now.

There’s a way to hack that, – it’s called the art of selling. I would argue that a poor team with great selling skills and confidence is equally, if not more likely, to raise money than a great team with poor selling skills.

A great startup together with excellent selling techniques puts you in the ideal spot. Here are a few selling tactics you could use to get your potential investors hooked.

1. Pitch your idea to a five-year-old

If a five-year-old can understand your idea, you’ve nailed it in terms of simplicity. Many founders try to show off their expertise by using complicated buzzwords and technical terms, but that rarely works with investors. However, if you’re approaching an investor with a strong background in your industry, then brush up on your technical jargon.

Great founders are great communicators and great investors only make investments when they’re confident about their understanding of what they’re putting their money in.

2. Show off your passion

Passion is attractive. It’s like a magnet – people instantly recognise it and are drawn to it. It’s not enough that you’re passionate about your startup when you’re alone. You have to learn to communicate your passion clearly.

Even if you’re typically an introvert, the time when you’re giving your pitch is not the right time to let that side of you take over. Fake it if you have to, but don’t expect your audience to trust what you don’t seem enthusiastic about.

As the old saying goes, practice makes perfect – whether you practice in your head, in front of the mirror or with a group or friends, practice to perfect your pitch. Ideally pitch in front of other people or record yourself, then use the feedback to refine and strengthen your pitch delivery to perfection.

But be cautious about it – avoid sounding like a robot after you gave your pitch 100 plus times.

4. Create a sense of urgency

Recently I heard one investor saying: “The best entrepreneurs make me feel like the train is leaving the station whether I get on board or not.”

We’re all driven by emotions of fear and greed to a great extent. And most of us don’t act unless we feel we have to. So make sure it’s clear your startup is going to happen with or without the investor, and it’s up to them to get the deal while the valuation is good.

The interest of your audience is at its peak the moment you deliver your pitch and starts to decline after you’re done. It’s your job to keep it alive for as long as it takes to complete the deal.

That’s because a great pitch creates emotions. And as it is with all emotions, they cool off and leave room for doubt to creep in.

So follow up, but don’t just call up asking about the progress, always have some new exciting news to share.

6. Don’t fall in love with one deal

Salespeople have a saying – “it’s not in until it’s in”. Until the money arrives in your startup’s bank account, anything can happen.

As the founder of Uber said: “Keep the competitive leads warm, get your deal oversubscribed, because until your deal is done, it’s just a nice fantasy in your head.”