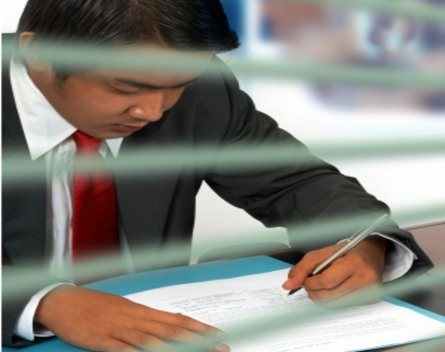 More than 1000 Australian small business owners were surveyed in a study commissioned by American Express.

While most small business owners (73%) understood they were responsible for errors in their tax returns even if they used an accountant, many were not clear about GST responsibilities, tax deductions and write-offs.

Tax consultant Adrian Raftery told StartupSmart the survey reveals why so many small businesses fail within seven years, adding there could be a link between failed businesses and a lack of understanding of tax obligations and concessions that are available.

“With knowledge gaps like this, how are they reading their profit and loss sheets? Are they saving for tax time so it doesn’t impact cashflow too much?” Raftery says.

He says the risk of getting caught and fined is quite high for small business owners.

“Even if it’s an honest mistake, the chance of getting caught is still reasonably high because of data matching and the analysis the ATO can do these days,” he says.

Raftery says the combination of the interest charged on missing tax combined with penalties could cause critical issues for small businesses.

Small business owners are also missing out on concessions and possibly making expensive errors because of confusion around claiming receipts and write-offs. Only 9% of businesses thought they were too small to come to the attention of ATO auditors.

Young entrepreneurs are significantly more at risk, with the research revealing 51% of entrepreneurs under 34 were not aware they were responsible for errors in their tax returns. They were also more likely to lose receipts.

“Accountants devote their whole lives to knowing and keeping up with this. But business owners should make an effort to be aware of the tax landscape and the rules,” he says.

Losing receipts was more of an issue for companies with three or more employees. Across all the business owners surveyed, the receipts most likely to be lost were petrol (40%), stationery (32%) and food and beverages (23%).

Almost half (46%) of the small business owners surveyed thought they could claim $300 worth of deductions without receipts. This option is only available for individual tax returns, not for company returns.

One in three small business owners surveyed still kept their receipts in a shoebox and 42% used accounting software.

“The most common honest mistakes come from mathematical errors, just the general calculation errors. If you’re not using accounting software, you’re doing more calculations and so you’ll be at greater risk.”

Not only were many small businesses struggling to navigate the tax system, 69% said tax reporting was increasingly complicated.

But Raftery says it gets easier.

“The tax obligations can seem quite complicated and onerous. With experience and doing quarterly BAS and an annual return and knowing what to claim and being educated over a couple of years, it does get easier. But you do need to invest the time at the beginning to understand it, and make sure you have a good accountant.”

Concern around navigating the tax system was higher for more profitable companies, with 75% of those making more than $200,000 a year saying it was getting increasingly complicated.

According to the survey, small businesses spend an average of 20 hours a year on tax reporting, with businesses turning over $200,000 or more spending more than double that each year.