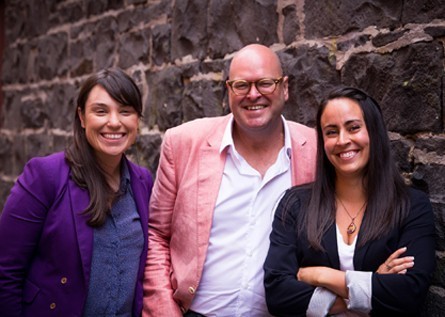 Gourley first conceived the idea for One10 nearly seven years ago but it was “before it’s time”.

After launching a $100 million Impact Investment Fund in June this year, Gourley says he’s been inundated with calls from social entrepreneurs who need his help.

“People have started coming out of the woodwork saying, ‘help us build capacity’,” he tells StartupSmart.

“There are a lot of passionate social entrepreneurs who know the time is now, but they don’t know where to get the support from.”

In need of assistance

He says while initiatives like Social Traders and the School for Social Entrepreneurs are helping budding businesspeople turn their ideas into business plans, many are struggling to take their product to market.

One10 will provide successful pitchers with consultation and capital as well as offering co-working spaces in Melbourne, Brisbane, Sydney, Gold Coast and Perth.

Gourley says the offices will enable chosen startups to communicate with each another, as well as putting them in close proximity to other important services.

“If you want some legal advice, you walk down the hallways and the experts are there,” he says.

“If there’s something you want to know about social enterprise, ask me.

“I want to be in there helping them like a CEO on call.”

Victoria’s minister for small business, innovation and trade Philip Dalidakis launched One10 on Friday and says organisations like Gourley’s play an important role in the startup scene.

Gourley praised the minister’s commitment to the sector.

“He sees it can provide some good societal solutions that help reduce some of the financial burden for government,” Gourley says.

“If you can help them be more financially stable, then they’re not putting their hand out when there’s a decline in philanthropic donations.”

Gourley sees One10 as a way of increasing the amount of good he can do.

“I can make impact myself, but that’s limited.

“Imagine if I can impact positively 1000 business who are all out there doing good.”

One area he thinks the business community can enact change is the environment, and he says if the climate summit in Paris fails to reach a meaningful resolution, it’s corporates who should take the lead.

“Business is the saviour because it can make money from cutting carbon emissions,” says Gourley.

He says businesses are already making significant contributions to carbon reductions, numbers which could be higher than estimated, but are difficult to track.

In Victoria, recent government stability means the energy sector is “booming”, he says.

“That stimulates investment and spending, and business owners take confidence.”

He notes several companies doing impressive work in the area, including BuildingIQ, whose software manages office temperature based on live Bureau of Meteorology data, and carbonTRACK, a company backed by Gourley that allows people to monitor their own household’s emissions.

But the middle-tier businesses can still do more to reduce their carbon footprint, Gourley says.

He says the top end of town, concerned with their reputation, are already being conscientious.

And while it shouldn’t be all about the bottom line, financial incentive is the best way to engage these businesses on topic of sustainability.

“Money comes first, and then the environmental conversation comes second,” he says.