Some Timelio advice on getting the right investors 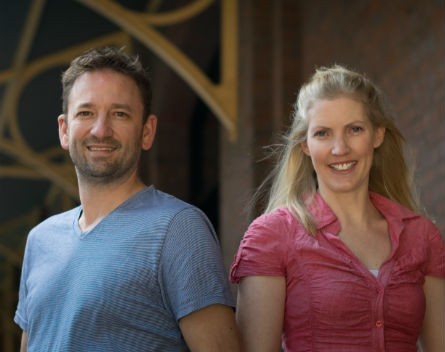 The type of investors a young startup brings on board can “make or break” the business, Timelio CEO and co-founder Charlotte Petris says.

She says it’s important for early-stage companies to carefully select the right group of investors, rather than jump at the first sign of cash.

“It’s very important to select the right investors for your business,” Petris says.

“Money is effectively just a commodity, so it’s about finding the right people at this early stage. It’s difficult to be more selective but it pays off in the long run.”

Timelio has just closed a $500,000 funding round, and Petris says this cash injection comes with a syndicate of investors that will be able to help grow the Melbourne-based P2P invoice finance platform.

“We’ve got some great investors on –board, including some high net-worth investors that were existing customers on our platform,” Petris says.

“Our investors are really passionate about what we’re doing and they share our vision for the business.”

“That really highlights the confidence and excitement they have in our future.”

Timelio is a two-way online marketplace for invoice financing, connecting businesses with investors who are willing to finance their invoices.

After launching in April, it has now traded over $3.5 million in invoices. These figures have doubled quarter-on-quarter, and last month was Timelio’s most successful to date.

The capital raising, which was at an undisclosed valuation, will be used to fund the startup’s “ambitious” growth plans, invest in the technology and expand the team.

“We’ve proven our model and the money we’ve raised is to really scale it,” Petris says.

The funding round will also see StartupAUS director and SpotJobs.com CEO Glenn Smith joining the Timelio board as Chairman.

The business was originally launched by Petris and her husband Andrew in April under the name InvoiceBid, but the team soon realised that this was a bit too restrictive.

“InvoiceBid was a too narrow description of what we do, and we’re expanding beyond that now,” Petris says.

“We realised fairly on the importance in this market of standing out from the crowd and differentiating, especially for gaining credibility and trust from our customers.”

Changing the name in August still wasn’t an easy decision though, with the team running the risk of losing the brand and reputation that they had built over the start of the year.

Just with the capital raising though, Petris says it was all about preparing for the long-term future.

“If you’re going to do that it’s best to do it early on. It’s like an investment in the brand,” she says.

“In the long run there’s definitely a pay-off with being unique and standing out.”