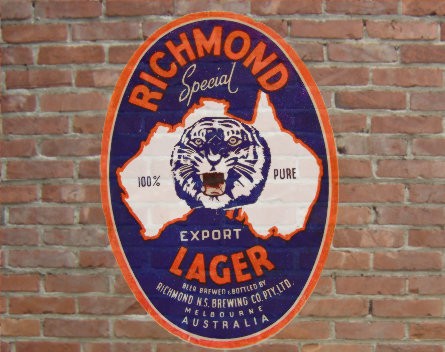 Boutique brewer Thunder Road Brewing Company has gone head to head with Carlton & United Breweries in a David and Goliath-style legal battle over the trademark of more than 50 mothballed beer brands.

Thunder Road, based in Melbourne, was started in 2011 by Philip Withers, who was inspired by Australia’s brewing history, particularly dating back to the pre-Federation years.

The company is keen to remake many of Australia’s historic beers but says CUB, which once manufactured the brands, is standing in the way.

Thunder Road has argued CUB no longer uses the historic labels and should therefore not be able to retain the trademarks.

Withers has accused CUB of hoarding the trademarks in order to maintain its domination of the Australian brewing industry.

But CUB has insisted the labels are part of its history, suggesting Thunder Road should “make their own beer, make their own heritage”.

Thunder Road is taking on CUB over the trademark of more than 50 beer labels, with a two-day hearing beginning in Melbourne today.

Associate Professor Michael Handler, from the University of NSW, believes CUB has a strong argument to retain the trademarks due to “residual reputation”.

“Many consumers, particularly of craft beers, might be aware of the history of these marks and associate them with CUB,” Handler told the ABC.

“Now, if another party were to come along, start using those marks, but without a licence from CUB, that might generate a degree of confusion in the marketplace.

“That’s a factor that’s often highly important for the registrar in working out whether to use discretion to keep a mark on the register.”