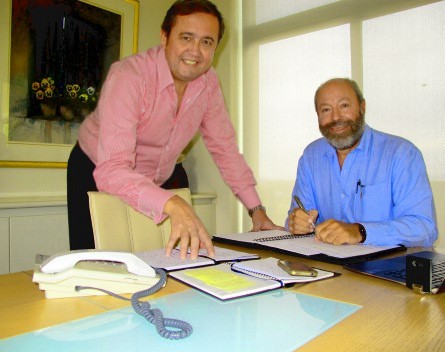 Health insurance comparison start-up PharmaChoice has vowed to take on iSelect as it embarks on an ambitious franchise-based launch in 500 pharmacies across Australia, ahead of a potential $2.5 million venture capital round in order to fuel its growth.

In addition to the PharmaChoice website and toll-free number, PharmaChoice is partnering with Australian pharmacies, which will encourage consumers to use the platform in-store.

“We have an online platform where people can go in and do what iSelect does. Then we have a toll-free number, so people can do the same thing,” he says.

“What we’ve done that’s unique and totally different, and has never been done before, is we’re turning it into a franchise model.”

“We sell (the pharmacies) a franchise and what that gives them is the in-store marketing material… They have a computer or an iPad, and they get access to the platform,” Bain says.

“If they have a customer come in… they give them the same thing as the website. The system is there so they can do the quote there and then, and it takes 10 to 15 minutes.”

According to Huxley, the concept has already attracted widespread interest from pharmacies.

“Some weeks ago, with the interest we were receiving, we felt perhaps a footprint more in the order of 150 to 250 was a possibility,” Huxley said in a statement.

“But now we’re anticipating around 500 stores nationally for launch… Consumer launch is the third week of May.

“With that sort of scale prior to consumer launch, our potential health cover sales could quickly realise 30,000 to 45,000 a month or more.

“That’s just as a function of leveraging pharmacy customers – that’s before we begin our mainstream campaign or switch on our digital and social strategy next month.

“We’re anticipating 30 to 60 policy sales per pharmacy per month during Q1 from launch but, if the interest from pharmacy is any gauge to go by, perhaps our sales rate is going to be more like 60 to 90.

“As marketing kicks in, I wouldn’t be surprised if we quickly saw 100-plus per month being averaged. I don’t want to get ahead of ourselves but it seems possible.”

In order to keep up with demand, PharmaChoice is looking to raise around $2.5 million in venture capital from Australian investors. Huxley is hopeful the round will close in May.

He is also confident about the company’s ability to claim market share.

“I don’t expect them all and we don’t want them all – some just aren’t the right fit – but it’s feasible we could end up with the majority.

“I’m not sure how this impacts brands like iSelect. I mean, you have to respect what they’ve achieved. I certainly do; they are a great success and I admire them.

“But the market changes and with private health cover there’s a host of customer sensitivities which have been ignored and which our business model responds to.

“People need more than just visiting a website or a call centre. They need to be able to trust someone – we’re achieving that with… your local pharmacist.”