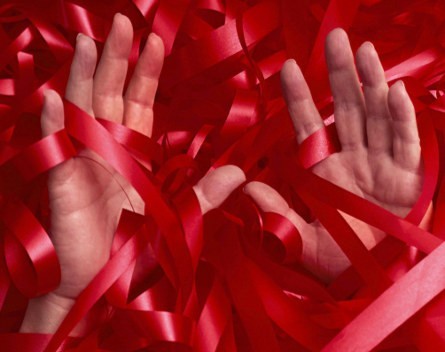 Start-ups may begin (and end) their lives as small businesses, but by definition, they all plan to grow. While the federal government has announced a focus on simplifying red tape for business, rapidly growing early stage businesses have slightly different needs the government should be aware of.

Australia is once again talking about the regulatory burden of doing business here after the leaked terms of reference for a Productivity Commission review into the Fair Work Act revealed the government’s priorities for lightening the load our entrepreneurs and job creators face. These include penalty and pay rates, and flexibility.

While changes to these business fundamentals will touch the start-up community, there were two legislative hurdles brought up by every start-up founder and consultant StartupSmart spoke to for this story: employee share schemes and crowdsourced equity. Policies to boost the shortage of risk capital were also mentioned frequently.

With two of these three issues under review, start-up founders say relief and increased productivity could come from alleviating some of the day-to-day burden of complicated tax systems that eat into time they could otherwise be investing in growing their companies.

“The current regulations make it too onerous,” Scruby told StartupSmart. “There are lots of different areas you need to understand and comply with. As a founder, you’re working 70 hours a week but I’m spending at least half a day doing paperwork.”

Businesses that are turning over $75,000 or more per year need to register, report and comply with GST regulations.

While this may be manageable for sole traders and a drop in the ocean for big business, Scruby says it’s a low threshold for high investment businesses such as tech start-ups, which can be turning over $75,000 a year and still be nowhere near profitability.

“Start-ups are stuck in between. For the first few years as you’re ploughing all the cash back into the business so this GST threshold makes running a business with limited resources onerous, expensive and just really tough,” he says.

Tim Reed, the chief executive of accounting software and support company MYOB, told StartupSmart BAS was top of the list of concerns raised by their customers every year in the annual surveys.

“It’s a cumbersome process even though we’ve been living with it for just on 14 years now,” Reed says.

Not only is the regulation challenging to understand and time consuming to comply with, its implementation requires business owners to keep a lot of information for auditing processes.

While many entrepreneurs, including Scruby, would like to see the threshold raised, Reed says this is a short-term fix that would only benefit whichever businesses fall beneath the new threshold.

“If the government could go through and look at the regulation around the GST, they could take the big steps forward to make it simpler,” he says. “This would touch most small businesses and would have a very big impact. It would mean the time it takes to complete a BAS could be reduced by 50- 75%.”

Reed also hears repeatedly from clients about unnecessarily complex and varying legislation such as award and penalty rates.

He says simplifying both the award structure and nationalising the state-by-state system of occupational health and safety requirements would be a boost for rapidly growing start-ups.

“We speak to a lot of businesses that could grow their business, turn over more and employ more people but they don’t want to deal with all the extra rules,” Reed says.

Expanding into three states means dealing with three different OHS systems which means three times the paperwork, and triples the risk of staff getting hurt and businesses being fined.

While the Council of Australian Governments (COAG) had agreed to unify the system just over five years ago, little progress has been made.

All of these compliance hurdles require time and often expert consultants to help young businesses navigate the challenges. This adds to the costs and time it takes to get a start-up to profitability, which in turn raises the amount of investment funds needed.

“One of the most time-consuming regulations that could be fixed for early stage companies here is the restrictions and requirements for issuing new equity,” he told StartupSmart.

Australian companies that are issuing new equity have to create a prospectus unless they meet criteria exempting them from this requirement.

In his practice, Cox says the most common exemption for start-ups is for a small scale round. This limits the founders to making personal offers to fewer than 20 people for a total of less than $2 million.

“With an increase in the number of angel funding rounds, we’re seeing more rounds with large numbers of participants,” Cox says.

“But it’s not viable at all for an early stage company to produce a prospectus. This means they have to amend their fundraising round to fall within the restrictions, which are very confusing to understand and do require a lawyer and therefore legal fees many can’t afford.”

Cox is hopeful the review into crowdsourced equity now underway may address this issue.

The biggest issue for Cox wasn’t any particular piece of legislation or the impact it had on early stage businesses plotting global growth.

“Australia is slow to adapt to the changes in the market around the growth and proliferation of early stage companies getting ready to grow quickly, as opposed to the US and Israel for example,” Cox says.

Cox says updating the employee share scheme regulations and crowdsourced equity restrictions must be priorities for the federal government if they want to see the start-up ecosystem take off.