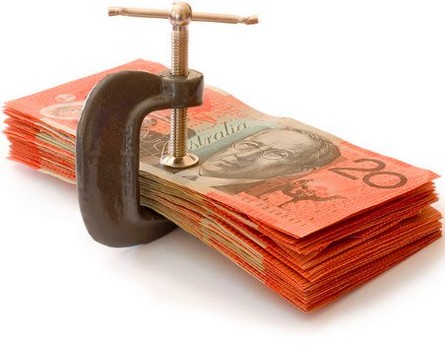 More than half of Australian businesses believe penalty interest charges on late tax payments should be waived for start-ups, according to a new study which also shows widespread entrepreneurial ire with the government.

The findings come from the MYOB Business Monitor – a national survey of small and medium business owners and managers.

Businesses were asked: ‘How satisfied are you with the Federal Government’s current level of support for small businesses like yours, in terms of helping your business succeed?’

The businesses were broken down into four groups – start-ups (less than two years old), establishing (two to five years), maturing (five to 10 years) and established (more than 10 years).

This is a significant rise from the total percentage of dissatisfied start-ups in July last year (39%). In that report, start-ups were the most satisfied, at 33%. That figure has now fallen to 13%.

Business operators were also asked to give their opinion on 15 suggested policies and initiatives that would turn votes towards the proposing party.

More than half (53%) agree the government should waive any penalty interest charges on late tax payments for start-ups in their first two years of operation.

MYOB chief executive Tim Reed told StartupSmart he is not surprised by this finding.

“I think it talks to a broader failing of the Federal Government and an opportunity for them to improve or for the Opposition to pick up on,” Reed says.

“I do think that this is one of those things that is symbolic as much as it is real in terms of what it would afford business owners.”

“When a person starts a business, they take on great risk and they really feel that risk… You take on massive obligations and the whole legal framework that goes with that can be quite daunting.”

“We’re not saying [start-ups] shouldn’t make these payments. But in the first two years of operation, [the government could say] we won’t charge what is a fairly punitive interest rate on these late payments.

“It would cost the government almost nothing, but would it would do would be an example of appreciation of start-ups.”

The other suggested policies and initiatives popular among business operators are as follows:

“The Federal Government has plenty of fodder for policy consideration in the run-up to the election this year,” says Reed.