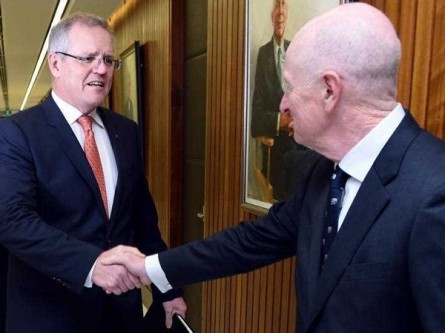 News that the federal government is considering abolishing the capital gains tax on startups is enormously encouraging for the industry, according to rampersand managing partner Paul Naphtali.

Writing for the Australian Financial Review government backbencher David Coleman suggests the capital gains tax should be abolished on investments in private companies less than two years old with annual revenue of less than $1 million. A spokesperson for Treasurer Scott Morrison confirmed that the policy would be considered.

“The fact that the government is addressing the innovation sector at this level, both this level of government and tax is an enormously encouraging step,” Naphtali says.

“It’s time for any remaining sceptic to change their mind on this government taking innovation seriously.

“Having said that, it’s one step with minimal definition, and with a lot more work to do.

ANZ chair in business growth, and director of the Centre for Business Growth at UniSA Business School Jana Matthews agrees and says it’s one way to get more investors backing startups.

“Australians wager millions on the Melbourne Cup and the winners don’t pay any taxes on their winnings. But Australians who wager on startups are taxed on their capital gains,” she says.

“One way to incentivise more people to invest in startups is to allow them to write off their losses or if they are taxed, to tax them at a lower rate. This will cost the government very little and could unleash millions of dollars which will enable Australian companies to grow and create the jobs we all want.”

That said, Matthews believes the proposal could be even more generous. Noting the US currently allows investors who participate in the first $1 million raised in a startup to take an ordinary income deduction on losses rather than the standard capital loss deductions.

“While we can do a lot of things to drive down the risk of startup, unfortunately a certain number will fail. If the company goes down, it is helpful if the investor in the failed startup is able to offset those losses against gains made from investments which go well,” she says.

“If they are not penalised for investing, many investors will give it a go again. And that’s what we need – for investors to be willing to invest in promising startup companies.”

MoneyPlace founder and CEO Stuart Stoyan says the situation Australia at the moment is too many investors are risk-averse and choose not to invest, or invest only with terms that penalise founders.

“This is somewhat understandable given the risky nature of startup investments, however it has the ultimate impact of limiting local innovation and also sending Aussie startups overseas for funding,” he says.

“MoneyPlace has raised capital ahead of our upcoming launch, but a common theme from investors were concerns around the early stage of the investment (being pre-launch). If the capital gains tax incentives were in place, I am certain this would have helped de-risk the investment and reduced this concern for our investors.”