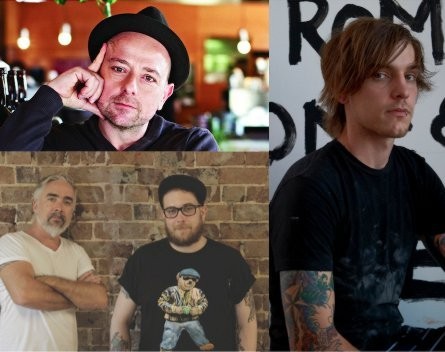 The world’s first online crowdfunding platform dedicated to bars and restaurants has announced the winner of its first round of applications, with Stanley St Merchants raising a six-figure sum to open its doors.

Sydney-based IconPark pitted six concept restaurants against each other and backers were asked to pick one they’d like to try,  pre-purchasing a range of offers from the restaurant.

The winning team will be granted access to 78 Stanley St, Darlinghurst for a period of three months. For that time, IconPark has 50% ownership, sharing the profits with the Stanley St Merchants team.

IconPark is co-founded by Spreets founder Dean McEvoy and food publicist Paul Schell, who said the idea has proved hugely popular and the winner came down to a photo finish.

In the final hours of the 21-day crowdfunding campaign, the race was on for the final four teams to get the most forward bookings and become the champions of season one.

Between 6:30pm and 8:30pm the teams were tight, battling between the $50K-$60K mark, then at 8:30pm the IconPark site went dark for the final 30 minutes and the top two teams both pushed well through six-figures.

“There was only $1500 between the first and third placed,” Schell said.

Schell and McEvoy will work closely with the winners, providing them with the furnished restaurant space, additional team resources (including core staff who stay with the venue) and operating capital.

“They get to walk in and start a business without having to delve into their pockets,” McEvoy said.

Schell says the concept had hit on a number of colluding factors which made it so popular: the fact that it made use of under-utilised real estate; allowed people with great ideas and no means to execute something creative; and appealed to people in a city who were up for unique experiences.

McEvoy added the beauty for him was that they had control over people’s experience, which is something he didn’t have when growing Spreets and providing offers from third-party providers.

“We could sell a dish in a voucher and had no way of ensuring that people enjoyed it,” McEvoy says. “With this we have that control and that makes it extra exciting for me.”

He also notes that the second deal they did on Spreets was worth $4000 and they did five times that on the first day with Icon Park.

The fact that the winning restaurant was pre-validated by the community was also hugely appealing to them both.

“It’s the logic of numbers when it comes down to it,” says Schell. “We’re providing what the markets says it wants. It’s a very efficient way to do business.”

Schell and McEvoy plan to take expand their idea locally and take it overseas, the idea having global appeal.

As for Stanley St Merchants, it opens April 21.

They plan to bring to Sydney their finest sustainable menu married with artisanal spirits and celebrated Melbourne coffee.

After the 12-week season, the restaurant moves on from the IconPark location and is free to do what they want.