The Bitcoin boom: What your business needs to know 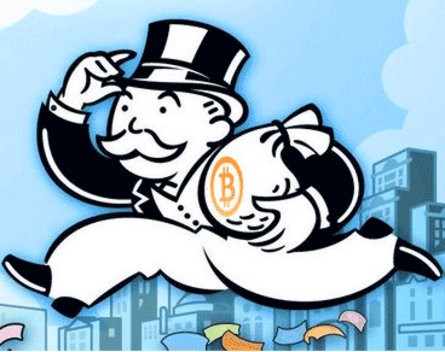 It’s often said that new entrepreneurial opportunities emerge from economic adversity, but it’s rare for hard times to explode an idea in quite the manner Bitcoin has benefited from.

The independent digital currency was trading at just $20 in February. And then the Cyprus economic crisis hit, prompting people to pull their cash from the failing banks and into Bitcoin.

As a result, the value of a Bitcoin is nearing $200. Heady days indeed for a currency that was only worth around a cent in 2010. Bitcoin is going mainstream.

But what exactly is Bitcoin and why should small businesses in Australia care about it?

Bitcoin is a decentralised digital currency that allows people to pay each other directly without the need for a financial institution middle man. Payments can be made anonymously in a way, worryingly for governments, that can’t be tracked, traded or taxed – a kind of free market bonanza that cuts down on the hassle and cost of dealing with banks.

The concept was created by a mysterious figure (or group) called Satoshi Nakamoto in 2009. Initially only known about by a select band of hackers and tech geeks, the concept has rapidly taken hold and is now being embraced by some businesses as a payment method, alongside standard credit card transactions and the likes of PayPal.

Of course, a currency is only worth something if it’s relatively scarce. To create Bitcoins, you need a highly complex computer algorithm that produces the currency very slowly, with a cap of 21 million Bitcoins to be churned out by 2140.

Select bands of Bitcoin ‘miners’ have emerged – Ozcoin Pooled Mining, based in Perth, claims it is the third-largest Bitcoin miner in the world – but most users obtain the currency through Bitcoin exchanges, such as MT. Gox.

Physical Bitcoins have been created, but the currency is typically traded digitally, stored on a user’s hard drive in a virtual wallet.

Around 11 million Bitcoins are currently in circulation, with 25 new ones created every 10 minutes. The total value is now closing in on the $2 billion mark, more than the currency stock of 20 separate countries.

This valuation increase is illustrated by the fact that US programmers who swapped 10,000 Bitcoins for two pizzas in 2010 – at around a cent a piece – would’ve paid $1.7 million for the pizzas in today’s prices.

Above: Value of Bitcoins in US dollars over the past year: Source.