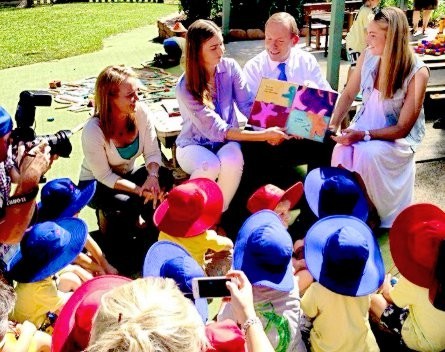 Shadow treasurer Joe Hockey says the Coalition’s Paid Parental Leave scheme plan will reduce the burden on small business, despite claims within the party that the program is expensive and unnecessary.

Speaking last night at the Institute of Public Affairs, Hockey said the 1.5% levy on large businesses to fund the scheme will aid small firms.

“Our policy is the only one that gives small business exactly the same platform as big business”, he said. “And, importantly, small business doesn’t have to pay it.”

Hockey went on to cite his family’s experience with paying maternity leave: “The big firms could give paid parental leave; my Dad couldn’t. He couldn’t compete on a level playing field.”

The Coalition policy, according to Hockey, is about protecting small business.

However, on a day when Liberal backbencher Alex Hawke warned of voter concerns around the nature and funding of the program, Hockey struggled to spruik a key Coalition election policy – one of the few that have been detailed publicly.

With the upcoming federal budget set to announce a significant deficit, and the Coalition continuing to criticise the wasteful spending of the government, promises of an increase in payments to parents on paid parental leave, over a longer period of time, have made Hockey’s job very difficult.

On the one hand, the policy suggests an attempt to soften Tony Abbott’s appeal to female voters. Yet on the other, attempts to configure the funding model as economically viable have alienated the business community.

So how does the Coalition’s plan differ from Labor’s?

It is more generous than Labor’s policy, which entitles mothers to 18 weeks maternity leave at minimum wage ($570 per week).

The opposition claims that the maternity leave process can be streamlined by utilising the Family Assistance Office for administration and the processing of payments. But more importantly, taking the responsibility for payment out of the hands of Centrelink, Abbott’s policy can be perceived as a workplace entitlement – as opposed to an extension of welfare.

Business leaders have panned the Coalition proposal, framing it as a further attack on businesses already hurting from tough economic times.

Speaking today in The Australian, NAB and Woodside chairman Michael Chaney said the policy, originally announced in 2010, is outdated. “It was one for a prosperous economy, not one staring down the barrel of continued and growing deficits.”