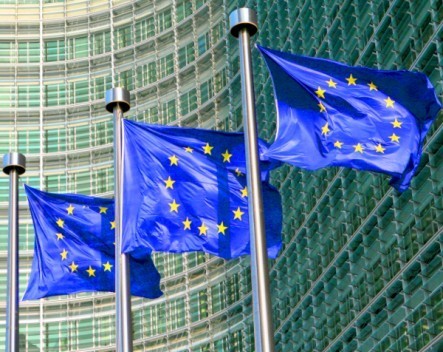 The Parliament of the European Union last week voted to call on member states and the European Commission to investigate the operation of search engines in Europe to ensure “a balanced, fair and open internet search structure”.

Although the official text of the resolution doesn’t mention Google specifically by name, the message was clearly aimed at the company that claims 93% of the European search market. The Parliament called on the EC to “consider proposals aimed at unbundling search engines from other commercial services”.

The EU’s aim in all of this was to try and bring about what it considered a “level playing field” that allows competition from other search providers. It is also concerned, because Google’s competitors have voiced these concerns, that Google is using search as a way of unfairly driving traffic to its own services, in preference to the competition.

The recommendations go even further however and try to address the issues of how search itself should operate in order “that indexation, evaluation, presentation and ranking by search engines must be unbiased and transparent”.

This effectively means that the EU would determine how Google’s search algorithms would work and what results should be returned by any given search. Something that would clearly be beyond the EU and impossible to implement without severely limiting Google in the process.

It seems that the European Competition Commissioner Margretha Vestager will be unswayed by the non-binding vote. Her spokesperson stated that how the Commissioner applies the law will be as a result of the Commission’s investigations and not influenced by politics. It is certainly not clear that she would advocate splitting Google in two, as it would be both extremely hard to achieve and ultimately, unlikely to result in the ends the EU were striving for.

The EU’s vision of a single digital market

The issue of search engines was only one small part of the EU Parliament’s plans for a European consumer-friendly single digital market. Overall, the efficiencies that they imagine this market will bring to Europe are a massive Euro 260 billion a year. But here again, the EU will face significant challenges if it believes that it is going to bring this innovation about without the dominant players.

The Parliament recognises that in Europe, the “app economy alone is expected to triple its revenue from 2013 to 2018, creating 3 million jobs in the same period”. But who controls this “app economy”? Google, through Android, and Apple.

It also talks about the need to “foster the mass adoption of cloud computing in Europe, as it constitutes a powerful driver for the growth of the European economy”. Again, who is the dominant player in cloud computing? Amazon.

Wherever Europe turns, if it is going to implement a digital market, it will have to do so with the help of dominant technological players and they all happen to be American.

Remembering the past. The EU vs Microsoft

Even if the EU is reluctant to accept the future, it should at least remember its past. The last time it tried to regulate what they perceived as a monopoly in the technological space, was its long battle with Microsoft. In that case, the EU distilled the entire significance of the PC revolution to Microsoft’s media player and its Internet browser, Internet Explorer.

The EU ruled that Microsoft should provide versions of Windows that “unbundled” the Windows Media Player and offered consumers a choice of browser. Ultimately, this was always going to be a drop in the ocean in terms of its impact on Microsoft, consumers, and the digital economy as a whole. More importantly, the focus on these technologies was rapidly rendered redundant by the rise of mobile phones and Microsoft’s monopoly being made largely moot as mobile became the dominant platform.

What the case against Microsoft showed that the technology landscape fundamentally can’t be shaped by politics or the law. Firstly there is a lack of understanding of what the landscape actually is, and secondly, nobody knows, especially lawmakers and politicians, how technology should best be directed for equitable and maximum benefit for all. Finally, technology moves too quickly for committee-driven processes to keep up.

The EU’s lack of understanding of the digital economy is evident from the language they have used in their recommendations on the single digital market. Even the concept of a single digital market itself is more of a marketing strategy intended to mask the real agenda of trying to protect and grow European digital companies in the face of US dominance.

Sweat the small stuff and leave the rest to others

There is no doubt that there are real issues to tackle with the digital economy in terms of privacy, intellectual property and yes, even the blatant misuse of market strength. The EU should perhaps focus on the things they can actually change to promote the development of European companies that could compete with the current leaders. Funding and promoting education, research and development are all solid building blocks to start this, not artificially trying to handicap the competition.