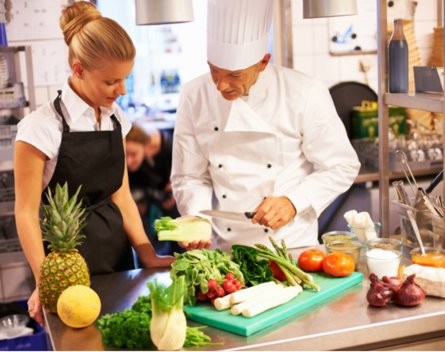 The Fair Work Act has been a contentious issue for employer groups since it was introduced by the Labor government in 2009, with business groups saying the balance has tilted too far in favour of unions.

A prime consideration for start-ups is whether the Fair Work laws apply to them when taking on casual staff? Paul Hardman and Ben Keenan, partner and lawyer respectively of law firm Holding Redlich, clear up the confusion.

According to the act, a “small business employer” is defined as being an employer with fewer than 15 employees.

Small business employers enjoy a number of concessions under the act in relation to the termination of employees, such as an exemption from having to pay redundancy to eligible employees in addition to notice of termination; an increased period of 12 months’ continuous service an employee must complete before they can be eligible to bring an unfair dismissal claim against the employer; and an additional defence to an unfair dismissal claim by demonstrating compliance with the Small Business Fair Dismissal Code.

However, there was some uncertainty under the act as to when casual employees count as an employee for the purposes of determining whether an employer qualifies for “small business employer” status.

In the recent decision of Harry Grives v Aura Sports Pty Ltd (2012), the Fair Work Commission had to determine whether two casual employees had been employed on a “regular and systematic” basis.

Grives brought an unfair dismissal application against Aura Sports in respect of the termination of his employment on December 16, 2011.

Aura raised a jurisdictional objection to Grives’s application, claiming that it was a small business employer at the date of termination and that, as Grives had only commenced employment with Aura on January 27, 2011, he had not completed the 12 months of continuous service required to be eligible to bring an unfair dismissal complaint against the business.

The parties agreed that, at the date of his dismissal, Grives had not completed a full 12 months’ service with Aura, and that Aura employed a total of 15 employees, two of which were casual employees by the names of Martin and Patterson.

During the seven months prior to Grives’s dismissal, Martin had worked a total of 1230 hours for Aura, during which period his fortnightly hours varied from 22 to 130, with a single period of four weeks during which he performed no work for Aura.

During that same period Patterson had worked a total of 475.5 hours for Aura, with his fortnightly hours varying from six to 122 and for a period of 16 weeks he did not work at all for Aura.

During the case, the commission outlined the following criteria to assist with establishing whether a casual employee was to be counted as an employee for the small business

The significant gaps in the periods of Patterson’s employment with Aura and the lack of any consistent pattern in the hours he worked for the company did not demonstrate the necessary reliance on Patterson’s services by Aura in the conduct of its business.

This meant that, for the purposes of the act, at the time of Grives’ dismissal, Aura employed a total of 14 employees and was indeed a small business employer. Grives’ unfair dismissal application was therefore dismissed by the commission.

The following classes of employee will be counted when determining whether an employer employs fewer than 15 employees at the date of a dismissal and is therefore a “small business employer”: