The pivots behind the ANZ Innovyz Start’s graduating pitches 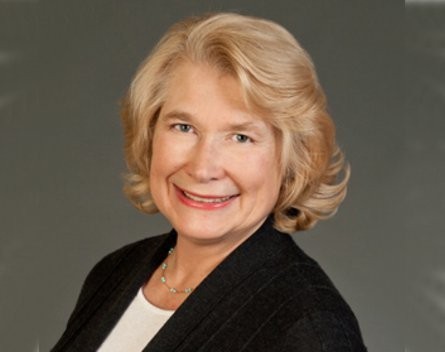 Several of the ideas pitched to a packed out Adelaide Town Hall yesterday at the ANZ Innovyz Start graduation day had completely changed since entering the three-month program.

Four Australian companies and one Italian company took part in the accelerator program’s third intake, along with five graduates from earlier programs.

Accelerator co-ordinator Dr Jana Matthews recently spoke to StartupSmart about the fundamental importance of having a good team. This intake tested the team-first theory with two of the three start-ups StartupSmart spoke to going with completely new ideas.

Regrouping after the founder flees

The team behind what is now gaming platform Insane Gorilla had a rough start to the program, after the team leader quit the program in the first week.

One of two remaining team members, Chris Peck told StartupSmart they were left with an idea for a travel app they didn’t like, and decided to do a complete pivot.

“His attitude was very hands-off, and that we’d deliver the product for him. But Jana was really against that, because if you believe in your idea, you make it happen,” Peck says.

“We weren’t from a travel background, so we were left in a really weird position of trying to deliver a product we didn’t believe in. We did the research and couldn’t see either a market need or a global market.”

Peck says they rallied and decided to focus on a start-up in the games industry where they had the most experience.

The platform will enable developers to crowdsource feedback on early stage games, and they hope to build out other services including games distribution one day.

“Games are made in isolation and everyone on the team can love it, and then it goes on the market and you wonder why no one loves it as much as you. We wanted to enable developers to validate their idea earlier, and efficiently,” Peck says.

The team are now working to raise $250,000 in seed capital and hope to have the platform in public beta within six months.

Making the call: drop your first idea and follow your passion

Smith told StartupSmart they realised they were trying to solve a problem their target customers didn’t know they had.

“These are industries and people working with antiquated systems, but not enough of them are looking to change even though it’s not very efficient. We realised it would be too slow and the education process would eat up all our time,” Smith says.

As all three team members had over a decade of experience in the music industry, they decided to focus on developing software to make creating music videos easier.

“In accelerators, you validate and push ideas to the edge to see if they’re going to work, and sometimes you find out they won’t,” Smith says. “We realised the uptake would be too slow, so we dropped that idea and returned to our passion for music.”

Focus on a target market

AEGLE Life co-founders Jonas Petersen and Gry Stene told StartupSmart they had entered the program with a much larger and unwieldy business idea that they would have struggled to sell.

“Our main change was to narrow down the scope and decided to focus on selling the aggregate, anonyomised data to employers first,” Petersen says. “This means we can develop our solution into something very concrete that we can apply to one area and create a repeatable model we can apply to other areas.”

Perth-based AEGLE Life is a data-driven start-up that combines the information sourced from multiple wearable and ICT devices.

Stene says they entered the program with six target markets, but have reduced it to one. She adds they learned a lot about finding and targeting emerging markets they hadn’t considered before.

“We decided to focus on men’s mental health, partly because of the partnerships we were developing but also because it’s not a market that has been explored much. We know men have a propensity not to seek medical advice, but they like to monitor and manage their own issues and performance,” Stene says.

They will be launching a pilot program with the University of Adelaide and a public roll out early next year.