The right to post negative reviews is legally protected 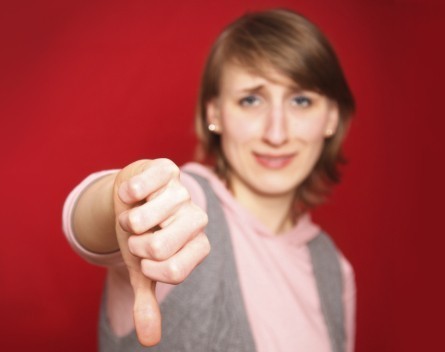 Businesses have been sneaking clauses into their customer terms that allow them to keep deposits or ‘fine’ customers for negative reviews. But is this legal?

California is creating a worldwide precedent to protect a customer’s right to write a negative and honest online review. This week, they are the first US state to institute a law directed specifically to protect consumer reviews.

Known as the “Yelp bill”, it is now illegal for businesses to prevent or fine customers for writing negative reviews. There are fines of up to $US10,000 for violations of this new provision.

Where did this come from?

In an effort to ensure no bad reviews were being published, several businesses in the US were incorporating clauses into contracts and terms of use for customers using their goods and services.

The most memorable example was a New York hotel which recently came under fire when newlyweds who held their wedding at the hotel and found that there was a $500 fee included in their contract if any negative reviews were posted by themselves or anyone in their wedding party.

The Yelp bill was actually inspired by a Utah couple whose credit score was damaged after they were fined $3500 for unwittingly violating a retailer’s “Terms of Sale” contract by posting a bad review, according to the bill’s author, California state assembly representative John Pérez.

Everyone seems to be welcoming this legal move towards ensuring that there is an honest and fair rating system for businesses that consumers can choose to rely on.

The Yelp head of government affairs, Laurent Crenshaw, agreed in a blog post that: “A five-star rating for a business who had used one of these clauses to simply scare of negative reviewers into removing their comments wouldn’t really represent the experience a consumer could expect to have at the business”

What is the law on reviews in Australia?

It’s unclear whether such clauses in a contract would be enforceable in the first place in Australia. It’s very unlikely such clauses would be upheld and enforced as they would be seen as contrary to Australian Consumer Law principles.

In Australia, the Consumer Law (ACL section 29) states that it is unlawful to make false and misleading representations about testimonials. Testimonials must be statements from actual previous customers about their experience with a product or service. These statements can give consumers confidence in a product or service on the basis that another person is satisfied with the goods or services.

Misleading representations of this type can persuade customers to buy something to their detriment based on the belief in the testimonial. The onus of proof is on the business to evidence that the testimonial is not false. The law in Australia recently changed to reverse the burden of proof onto advertisers to substantiate any testimonials relating to their business activities.

What are Australian regulators doing about it?

The ACCC is targeting fake online reviews. Fines can be up to $1.1 million for engaging in false reviews and testimonials and the ACCC is taking a hard line on any business that is seen to be posting misleading reviews.

The most recent example of these was Electrodry, a carpet and cleaning company which paid overseas marketing companies to arrange posting of fake reviews on its website. The ACCC is still assessing damages but it will include retraction, refunds and fines for Electrodry.

What you need to know about your own reviews and testimonials

Despite the new laws protecting consumer reviews, you still have to wonder if some of the reviews posted are actually honest and accurate in the first place. There is no clear way of ensuring that any customer review is not tainted by something personal or an unfair review, you can only try to manage it by posting an honest response.