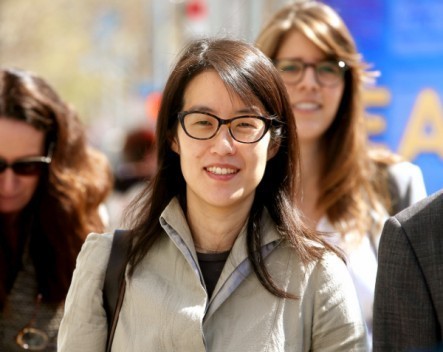 A San Francisco County Superior Court has delivered an historic ruling in favour of Silicon Valley venture capital firm Kleiner Perkins Caulfield and Byers in a high-profile sexual harassment case brought by one of its former employees.

Ellen Pao, a law and MBA graduate from Harvard University who was hired as a junior partner at Kleiner Perkins in 2005, sued the firm for sexual harassment and gender discrimination that stalled her career with the company.

Her claims detailed years of exclusion from company events that were reportedly reserved for men because women “kill the buzz” as well as ongoing sexual harassment from one male colleague in particular.

The male colleague, Ajit Nazre, reportedly pressured her into having an extra-marital affair with him and then began harassing and punishing her when she ended the relationship. He reportedly excluded her from vital email threads, business trips and company meetings, her absence from which held back her progression with the company.

Shortly after Pao first complained about the harassment, the company dismissed her. Kleiner Perkins claimed the dismissal was based on poor performance and her misalignment with the company’s culture.

In somewhat contradictory descriptions, the firm claimed Pao could not “own the room” and “had trouble getting people to pay attention to her” and therefore that she lacked the skills and tenacity necessary to succeed in venture capital. They also said they found her too “tough” and “harsh”.

“She did not have the necessary skills for the job. She did not come close,” the firm’s attorney Lynne Hermle said.

But Pao’s attorneys claimed the firm mistreated her, failed to promote her by exclusively promoting men and, eventually, fired her, due not to performance but to underlying discriminatory beliefs and a male-dominated, sexist culture that is enabled at the firm.

The suit was first filed in 2012, and following a drawn-out legal battle, appeared in the County Superior Court this February. The month-long trial ended last week, with the jury ruling in favour of Kleiner Perkins on all counts and holding that no discrimination occurred.

The final decision is undoubtedly a loss for Pao, who requested $16 million in compensation for her mistreatment, but the case itself may still constitute a win in the battle against sexual harassment and discrimination.

The case, involving one of the most high profile firms in Silicon Valley, garnered widespread attention from the tech industry. This attention was sustained right across the case’s three-year lifespan. The suit drew global attention to the persistent underrepresentation of women in the tech industry, and in venture capital specifically.

This attention will not dissipate quickly, and the conversation started by the lawsuit will likely withstand Pao’s loss. The case has brought to prominence a conversation that has been bubbling for some time about how to fix tech’s entrenched gender problem.

Currently, only 5% of decision-making positions in venture capital firms are held by women. Women make up just 19% of angel investors and 6% of partners in Silicon Valley’s venture capital firms. The latter figure is actually dropping – female representation in partnerships was at 10% in 1999.

With any luck, Pao’s experience and willingness to tell her story in the public eye will encourage leaders in Silicon Valley to take action to improve the treatment and representation of women, and will encourage more women to speak out about their own experiences of discrimination.

At the very least, the three-year legal battle and lengthy trial will serve as a warning to those firms that allow discrimination and harassment to continue.

Pao herself took to Twitter immediately after the trial to express her hope that her story would spark change in the industry, despite her eventual loss.

“While today’s outcome is a disappointment, I take consolation in knowing that people really listened,” she wrote.

“Because of social media and live reports, the problem of gender discrimination in venture capital has received attention around the globe. If we do not share our stories and shine a light on inequities, things will not change.”

“Hopefully my case will inspire theventure capital industry to level the playing field for everyone, including women and minorities.”

Pao also pinned a tweet from earlier this year, which now permanently sits at the top of her feed: “’Our lives begin to end the day we become silent about things that matter.’ Martin Luther King, Jr,” the tweet reads.