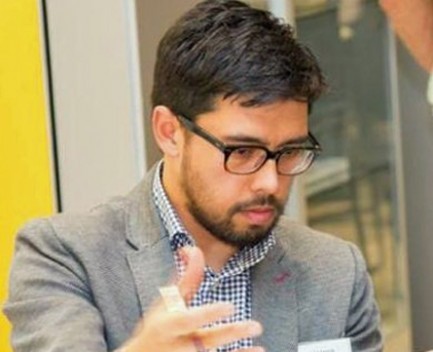 An Asia-Pacific accelerator for disruptive enterprise technology is taking applications for its first CIO Shark Tank pitch event to be held in Melbourne next month.

Venturetec founder Trey Zagante tells StartupSmart that corporations are becoming more serious about startups and what they can offer.

Zagante spent the last year in talks with chief officers at Melbourne and Singapore events held in conjunction with strategic partner SE-Corp.

“[CIOs] were particularly interested in seeing startups that were developing enterprise technology solutions and asked us to start putting them forward,” he says.

Zagante says this chance that could lead to immense opportunity.

“We can help identify which of these corporates could be your alpha customer,” he says.

The chosen five will meet potential partners, investors and acquirers at the summit.

“A number of these organisations that are being represented are very active in the corporate venturing and mergers and acquisitions space,” he says.

It’s one that he hopes will be enjoyable for the audience of CIOs watching.

“At the end of the day, it is a little bit of innovation theatre,” he says.

Pitch participants will be quizzed on how robust and secure their solutions are.

“Being the first one, we’re not sure how the CIOs will respond but we’re encouraging [them] to really think about how applicable these solutions would be to their own organisations,” he says.

Additionally, he says CIOs should consider the challenges that these startups face in gaining access to large corporations.

Although the event is aimed at presenting a range of early to mature stage startups, the main focus will be on enterprise technology solutions.

“Within that, it’s still quite broad,” he says.

With the aim of aligning startups to the organisations attending, Zagante says they are looking out for solutions of key interest to CIOs today.

“Fintech, IoT or enterprise wearables, big data analytics and IT security are big issues this year,” he says of the trends identified by the summit’s analysts.

Zagante encourages startups across the Asia-Pacific to apply online with as much detail as possible.

Selected startups will then proceed to the direct interview stage before the final five are chosen.

In addition to Australia, Zagante says they have already received some strong applications from Dubai, Hong Kong and Singapore.

“They’re definitely in consideration,” he says.