Tile founder shares how to raise $US2.6 million in crowdfunding to launch your start-up 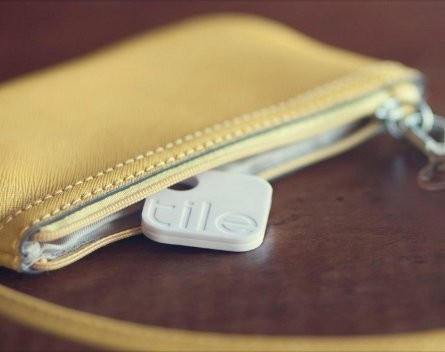 A US start-up that’s created a nifty device that lets users find items it’s attached to has raised 130 times its original crowdfunding goal this week, with 49,586 customers raising $US2.6 million ($2.85 million).

Co-founded by Mike Farley and Nick Evans, Tile is a US-based Bluetooth low-energy device that can be attached to frequently misplaced or important items. Users can locate items via their smartphone.

Get your story right and your video spot-on

Farley says the story you tell about your product via a short video is the make-or-break factor in a crowdfunding campaign.

“It takes a lot of planning to really make a story work. You want to tell the story of your product in a concise way that really shows what it can do without it being boring,” he says.

“You don’t want to sound like you’re reading from a script, but you need to lay it out so the user can understand and digest what it does.

“Be choosy about the features you want to include. You can’t include everything and it’s got to be short. Ours is two minutes. That’s definitely not by accident,” Farley says.

“The video and story is super important. It defines the product. The video has got to be hot from the first few seconds or they’ll drift off and start doing something else.”

When they raised their initial goal of $US20,000 within the first few hours, Farley and Evans decided to see how far the campaign could go.

They were able to make this decision because they had ensured they had manufacturers capable of significant output and they had kept their promises.

“It’s really important to make sure you’ve done all of your due diligence on your technology, so you know you can deliver what you’re promising. Our plan is the same really, but it’s just the units that we have to produce are much higher. This a great problem to have,” Farley says, adding they appointed a head of manufacturing with the experience and network in Asia to manage the larger demand.

Farley says crowdfunding can take off, and smart start-ups that ensure they’re ready to grab the opportunity can just enjoy it.

“We have a sweet team, we know what we’re doing and we’ve got the right vendors to handle this volume, so we were happy to see the numbers skyrocketing ,” Farley says.

Tile has a team of four full-time staff and up to 10 part-time contractors. Farley said the deluge of enquiries meant they had to bring more staff on for the campaign.

“The biggest mistake has been our underestimating on how much manpower we would need to handle the massive amount of people contacting us,” Farley says.

“It’s been challenging, we’ve had to ramp up and bring on a couple of people to help out. A bunch of people who don’t normally do that kind of thing had to step out of their comfort zone and start fielding calls.”

Outsource getting the message out

Successful crowdfunding campaigns take a lot of planning, according to Farley, who says they were supported by an accelerator program which outsourced a lot of the campaign promotion to a public relations firm.

“We were fortunate enough being in the accelerator program to get in front of the issues. They helped us out and we needed an awesome PR firm,” Farley says.

He adds that outsourcing may not be necessary for smaller campaigns, but if you’re keen to raise millions of dollars it’s one of the most efficient and effective decision to make.

“You’ve got to really get the word out and figure that out right from the beginning. You can have the greatest product and video in the world, but if no one knows, you can’t sell it,” Farley says. “A couple of people can run a campaign, but they can’t do something this big really well. If you want something big, you want pros on top of these things.”

Make the most of the community aspect of crowdfunding

Farley says the community aspects of the unprecedented uptake will mean the service will work even better than anticipated.

The wider network can boost the search radius if needed. Even when using other user accounts, only the owner of the item is notified of its location.

“The community factor and aspect has been great too. Tile works better with more people using it, everyone who joins makes it a better individual customer experience,” Farley says.

Tile has broken the previous record for the most successful Selfstarter campaign, held by Lockitron, which raised $2,278,891 from 14,704 customers.