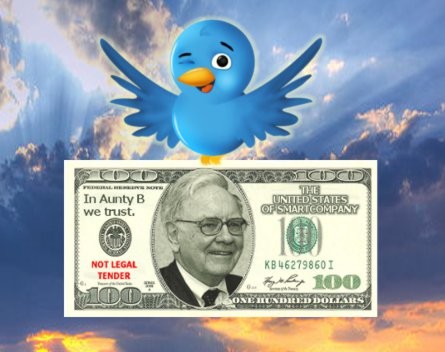 Social media has been awash with calls for crowdfunding donations to a local start-up’s quest to raise an Australian record-setting $250,000 to commercialise the vtalk business phone, billed as a desk phone with smartphone capabilities.

Founder Jeremy Bogan and start-up mentor and investor Alan Jones are several sleepless days into the campaign. Jones spoke to StartupSmart about his top tips for getting a crowdfunding campaign discussed and shared online.

Momentum is the most powerful asset in a crowdfunding campaign

Jones says activating the vtalk team’s combined network of friends, family and start-up leaders was key to the strategy, and they’ve been focused on creating a sense of momentum to sweep everyone they can into backing the campaign.

“Marketing a crowdfunding campaign is similar to marketing an iOS app in iTunes Store: it’s all about momentum. The people who fund crowfunding campaigns (“backers”) are highly influenced by momentum. If they see a campaign getting lots of backers in the first few days of its campaign, they’re much more likely to back it themselves,” Jones says.

“Momentum is all about rapid response, so you need to try and set aside all your other responsibilities for at least the first week of your campaign. Take a sabbatical from work, ask your partner to increase their share of the homework and child-minding for the near future, promise them you’ll repay them a thousandfold from the massive global success of your new venture!”

Leverage the platform’s network: Connect to the teams behind crowdfunding platforms

The vtalk team reached out to their networks via email, LinkedIn and Twitter. Jones adds they also sought out connections to the teams working at crowdfunding platforms

“It’s a bit like a music producer being constantly pitched to by wannabe recording artists. They develop a pretty thick skin and some effective avoidance strategies,” Jones says.

“You just need a day or two of homepage love on the crowdfunding platform of your choice to get that early momentum. You’ll also need to maintain the momentum, but nothing happens without a big kick-off.”

Jones says once you’re showing signs of momentum, the crowfunding platform will be more than happy to feature you on their homepage, blog and tweet about you, so gunning for that early momentum is key.

Setting a low target is a common tip for a crowdfunding campaign, but Jones says they decided to ignore that advice and pursue an ambitious goal as a way to raise interest and commitment in a market sceptical about home-grown hardware start-ups.

“We’ve gone in the opposite direction: we’re trying to set a new Australian crowdfunding record and have a massively ambitious target of $250,000,” Jones says. “By setting a significant goal we’ve made it clear that we’re serious about doing this properly, and if we achieve our record-setting target, we have a good chance of getting a second hit of publicity and awareness.”

Set up your social media and public relations well in advance

The need to make a big splash on launch day drove much of the vtalk team’s early activity, but Jones says social media has been a more responsive market than media so far.

“Aiming for early momentum in an ideal world you’ll have all your social media, bloggers, media relations and other marketing all making a big splash on launch day, but in reality, we’ve found that very hard to do,” Jones says.

The vtalk team has been exploring the roles of different social media networks can play in the campaign. They’ve set up a Facebook page and Twitter account they’ve been posting regular and relevant news from, and lurking on social media network aggregating software Hootsuite.

Jones adds he’s been targeting particular users who are likely to be on board and equipped with networks open to crowdfunding.

“I have a shortlist of influential Australian start-up industry figures who I’ve been specifically targeting, assuming that each time one of them back the campaign, it gets auto-tweeted and reaches their social media audience with a positive message,” Jones says.

Jones says he’s convinced LinkedIn could be a breakthrough for tech start-up crowd funding campaigns, as you’re able to showcase the experience of your team more easily than on Kickstarter.

“So I’ve spent some cash on a premium LinkedIn account, which lets me reach out to potentially influential industry people who I’m not already connected to on LinkedIn. As soon as our Kickstarter page was live, I started hitting up a few each day with a link to the campaign,” Jones says.

He adds one thing he’ll do differently next time is to create a Kickstarter account for the campaign under the brand name, rather than the individuals. The vtalk account is being run from founder Jeremy Bogan’s account.

“While Jeremy’s an awesome and experienced guy, I think one person trying to raise $250k is not as credible as a company name, even if you’ve never heard of the company before,” Jones says.

“Cutting through the credibility gap is the biggest hurdle in crowdfunding for most campaigns: if you’ve never done this before, how do you prove to potential backers that you have what it takes to succeed bringing your idea to market?”

Make your customers’ brains light up: The science of strong business writing
Why Pamela Jabbour made 26,000 cold calls to start her business, Total Image Group
Ambition articulated in vivid colour: Behind the scenes at Blackbird Ventures
Becoming a B Corp: Lessons from KeepCup and Leor childcare
What is SmartCompany Plus?