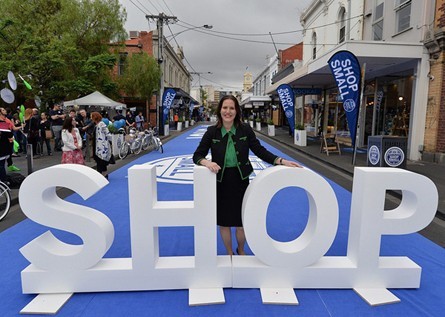 The federal government’s approach to equity crowdfunding has been labelled as “absolute nonsense” and “lazy” by the founder of Australia’s first platform to offer the service.

It comes as the opposition says it hasn’t been consulted on the reforms or seen the proposed legislation since the Cabinet reshuffle in September, despite offering bipartisan support and working closely with the government on the issue earlier this year.

During a speech to the Financial Services Council in Sydney on Monday, new minister for small business Kelly O’Dwyer outlined some aspects of how the government will loosen equity crowdfunding restrictions, and said the full legislation will be before Parliament by the end of the year.

Offering equity in exchange for funding through an intermediary crowdfunding platform will be restricted to “public companies with annual turnover and gross assets of less than $5 million” under the government’s plan.

Startups will be forced to become “exempt public companies” to take part in the process and will be granted a holiday period where they will be excluded from the usual compliance requirements, O’Dwyer told StartupSmart in a statement.

“Crowdsourced equity funding will be available for companies registered as a public company under the Corporations Act 2001, provided they fall within the assets and turnover cap,” O’Dwyer says.

“The government’s legislation will remove many of the costs of becoming a public company, which were identified by stakeholders as key barriers to startups raising funds from the public.”

The government also plans to impose a $5 million cap on the amount an issuer can raise annually through equity crowdfunding, and a five day “cooling-off period” for investors.

Under the current laws, equity crowdfunding is restricted to sophisticated investors with more than $2.5 million in investable assets or annual earnings of more than $250,000.

These reforms fall in line with the now-defunct Corporations and Markets Advisory Committee’s (CAMAC) report on the topic from earlier this year, which also recommended caps for investors – $2500 per venture and a total of $10,000 annually.

O’Dwyer did not comment on these caps during the speech.

Tim Heasley, the COO of Australia’s first equity crowdfunding platform VentureCrowd, says he is disappointed the government has taken on CAMAC’s recommendations rather than engaging in larger reform to the Corporations Act.

“This is really is an enormous missed opportunity,” Heasley tells StartupSmart.

“This is forcing one regime into another regime just because of some provisions in the Corporations Act.”

The idea of allowing proprietary companies to access equity crowdfunding without going public was floated in the government’s consultation paper on the topic in August, which discussed the possibility of increasing the shareholder limit on these private companies.

Making startups become “exempt public companies” to participate in the process will place too much pressure on these early-stage ventures, he says.

“Startups really need to be completely concentrated on what they’re doing,” Heasley says.

“If they have to turn their startup into a public company then there a whole lot of costs.

“Don’t put all the burden on the poor startups. They’re the ones trying to get innovation going in this country. We need to give startups a chance and they’ve just made it a lot harder.

“Do people in Canberra even think about these things?”

A lack of understanding

Heasley says he’s disappointed the government has not been taking the advice of the wider startup community.

“In my view it’s laziness on the part of the Treasury,” he says.

“They haven’t bothered to put in the proper legislation. We’ve made a number of submissions on this point.

In the speech from earlier this week, O’Dwyer said the proposed changes will allow a “microbrewery in Tasmania” to be funded by “mums and dads in places like Albury and Sydney”.

Heasley says this comment shows a misunderstanding of what type of companies are calling out for equity crowdfunding.

“That just smacks of not even understanding what’s going on,” he says.

It was the former Labor government that originally commissioned the CAMAC report that seems to be forming the basis of the upcoming reforms.

The opposition had previously been working “co-operatively and collaboratively” with former small business minister Bruce Billson on the issue, shadow parliamentary secretary assisting with digital innovation and startups Ed Husic says, but communication has been non-existent since Malcolm Turnbull came to power.

Husic has now penned a letter to O’Dwyer calling for a bipartisan approach on equity crowdfunding.

“We hope to maintain this dialogue with the new ministers responsible for this legislation – and the federal opposition extends its offer to continue working collaboratively on this issue,” the letter says.

“We believe that equity crowdfunding adds positively to the range of funding options available to startups engaged in early-stage innovation.”

Husic tells StartupSmart that he’ll wait to see the actual legislation before passing judgment on it.

“Part of the reason why we’re wanting to meet with [O’Dwyer] is to get more detail from them about where their thinking is,” he says.

“This has been circulating within government for a few months now but we’re keen to see how much weight is being placed on some of these ideas.

“We’re working in a co-operative and collaborative way, but we want to have some more concrete information before commenting.”

“We welcome the fact that CAMAC has done a lot of groundwork, but we’re open to liberalising the caps in place around the amounts companies can raise and investors can put in, and to move away from the exempt public companies proposal,” Husic says.

“We want to ensure that equity crowdfunding is as widely available as possible to startups and limiting it to public companies is something we’d want to comb through the policy detail before taking a hard and fast position.

“We need to be as flexible as we can while realising we need enough investor protection in place. I’d hate to think we’d get too heavy-handed in that framework.”

With the promise of bipartisan support and having had consultations with the community for over a year, Husic says it’s about time the concrete legislation is presented to Parliament.

“We’ve told them to get on with it and indicated we’ll help with the process and work constructively with the government,” he says.

“Given we’ve allowed that to occur and given them leeway I’m surprised it’s taken them this long.

“The bottom line is that it’s been operating in a number of countries for years. This is not something that’s insurmountable. We should be able to get it happening.”