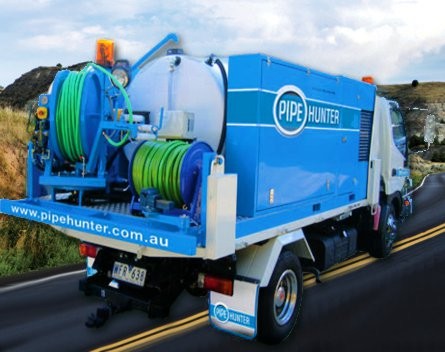 Any person working on a business while employed by another company must be extremely careful while working on their idea or risk potentially devastating financial consequences, one legal expert warns, following a recent unfair dismissal decision.

The Fair Work Commission found drain and sewage technology company Pipe Hunter unfairly dismissed two employees who had registered a company name, with the owner arguing the pair were preparing to open a competing business.

The case represents a common issue for employers – staff leaving a company having been so well-trained that they open a competitor and perform extremely well.

The owner of Pipe Hunter, Nat Dunn, was contacted by SmartCompany this morning but declined to comment.

The Fair Work Commission heard both Daniel Mahoney and Anthony Russell were terminated on September 12th, 2012. The company alleged the applicants – based on the act of the pair registering a company name – were planning to open a competing business.

But the Commission ruled there was no valid reason for the termination, saying there was no proof the pair had “deliberately set out to undermine the business”, or even entice existing clients of Pipe Hunter.

Both men were awarded 16 weeks’ pay as compensation.

M + K Lawyers principal Andrew Douglas says this is a common issue, with many entrepreneurs opting to start on a new business “on the side” while working for another employer.

Douglas says there are certain rules about what can or cannot be done.

“Workers owe a duty to their employer, and that includes dedicating 100% of their time to the work they do, and they shouldn’t do anything which would be in conflict with that.”

“The employer in this case alleges the employees were going to usurp the business prior to the end of employment. In contractual law that would be a breach of duty.”

However, Douglas points out the pair had only registered a company name, and on their own time. “Therefore, there was no valid reason [for termination],” he says.

“Even if the company was right, it still would have lost the case because there was no procedural fairness,” he says.

If the pair had spent company time or assets registering that company name, it would be a different story, Douglas says.

“If an employee utilises business assets to compete against an employer, that is a breach of good faith,” he says.

He points out using assets including computers and even phones to form a company while working at another employer can be enough to constitute a breach of good faith.

“I’ve seen spreadsheets for companies made on Excel while at the previous employer, cases have brought up hundreds of emails, changes to LinkedIn profiles, and a whole range of behaviour that occurs during work time.”

“These assets are usually designated for private use, which would be something like telling your wife you’re going to be home late.”

There is also a financial risk to consider. Douglas says if a business finds out employees have been working on a business using company assets – even when the new business has been established – it can demand to see an account of profits.

“That account would be the gross profit from the work undertaken as a result of working on that company. That’s the killer, and it will be a big disadvantage to the new company.”