What will changes to the GST threshold on overseas online purchases mean for my business? 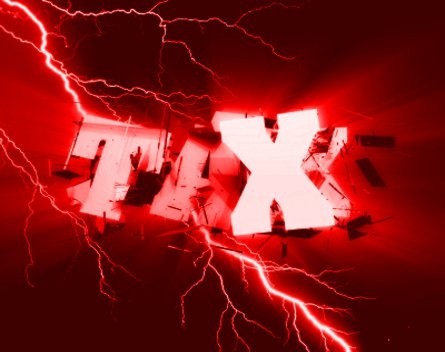 I have both an online and standalone retail business. We hear all this talk about the government lowering the GST threshold on imported items bought over the internet by consumers. What will it mean for us Australian retailers? Is there anything we should be doing to prepare for if the threshold is lowered? What will happen to the online side of my business? Should I be worried?

The predictions of business Armageddon and the inability for a country as smart as Australia to be able to calculate 10% were teeming. How would we ever be able to work out how much to pay for a cake again?

One of the reasons I was so happy to have the opportunity to answer the above question is that I was lucky enough to be a part of the presentation road show and team that was put on by the federal government and the Australian Retailers Association in the lead-up to the introduction of the GST to help educate and explain the “tax of death” (as many called it).

Debra Templar (who also writes for StartupSmart), myself and Roger Sayers, spent nearly 12 months of our lives living, breathing, speaking and presenting the GST to retailers all around the nation. Three presentations a day, seven days a week: from Albany to Armidale, from Mildura to Mornington, and from Cairns Casino to Crown Casino. I even recall doing a 30 minute video for British American Tobacco, which was petrified of the implications for its retailers if ity couldn’t work it out.

We spent hours counselling stressed and panic-stricken retailers who believed the predictions of the left wing extremists that purses nationwide would weld shut, money would cease to leave bank accounts, people would spend 10% less as an automated default, and some that even believed that they would be sent to jail by the ACCC if their staff miscalculated the fiscal adjustment of the GST calculus (whatever that meant).

Some worried retailers left our two-hour workshops with no other agenda than to sell their business before it was too late. Others predicted that customers would ‘panic buy’ in the lead up, as if there was going to be an ‘Attack of the Killer Tomatoes’ event that would wipe out retail civilisation on planet Oz.

The only interesting thing to actually happen July 1, 2000 was that Essendon beat Richmond by 101 points in front of 74,000 people at the MCG. That, and the fact that just as many people went through the doors of Westfield Southland as the Saturday prior – spending just as much money. Nothing changed. Nothing.

So if you are a “bricks-and-mortar” retailer, and you think more people will spend more money over your counter when the government finally abolishes the GST exemption for personal items imported with a value less than $1000 (which it should and will), you are seriously kidding yourself my friend. Nothing will change.

And if you are an online retailer based in Australia, and you think the trend of consumers buying from offshore will collapse in front of your very eyes the day the exemption is lifted, you too are kidding yourself my friend…

My prediction? The status quo will remain (not the one on the Coles adverts – the Latin one).

Customers will buy what they want, from whom they want, for whatever fickle reason they choose.

And the mysteries of retail will continue. So what should you prepare for? Prepare to be disappointed if you think anything will change other than the government collecting an additional $350 million of revenue.

Perhaps our Minister for Small Business, the Honourable Bruce Billson, can try and get some of this money allocated into cleaning up more of the red tape that seems to have become standard for retailers, and simplify the collection of the GST for us retailers even further!