Why CoinJar really relocated to the UK 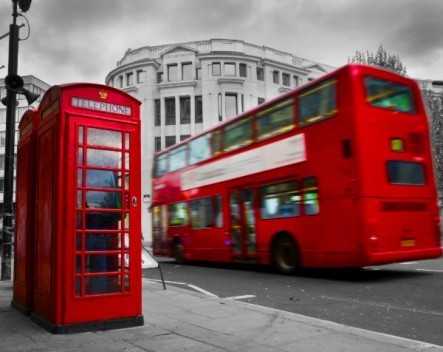 Everyone loves to talk about bitcoin, so it was no surprise eyebrows were raised when Australian bitcoin exchange startup CoinJar confirmed it had shifted its headquarters to the UK.

CoinJar is now incorporated as CoinJar UK Limited and has taken up residence in London’s financial district.

The Australian startup said in a statement on its website the decision to relocate had been made on the basis of providing customers “more freedom to buy, sell and use bitcoin as a global digital currency”.

According to The Australian Financial Review the move was made “in a bid to avoid the recently introduced GST charge on bitcoin transactions”.

However, speaking to StartupSmart from London, CoinJar chief executive Asher Tan said an overseas expansion had been on the cards for a long time.

“We really needed to grow,” he says.

“Most software companies scale very quickly internationally. We needed to broaden our horizons and grow quickly as a very ambitious startup. We were always going to move.”

The Australian Tax Office released its long-awaited guidance on bitcoin in late August, recommending the GST be applied to both the goods and services being supplied as well as the “supply” of bitcoins as payment.

However, Coinjar was in the process of expanding its operations into Europe in June this year – two months before the ATO recommendations were released. Tan says he does not think the Australian government is out of touch when it comes to regulating digital currencies such as bitcoin.

“The fact they have Senate hearings [into digital currency] shows there has been effort,” he says.

“How can we embrace this technology and make it work for the better? Innovation as a whole is lacking.”

“We have an office for 20 people next year that’s yet to be fully built,” he says.

“We’ll have a focus on getting the best engineering talent in Australia come work for us. We still consider Australia a very special part in our heart.”

Sam Lee, chief executive of Bitcoin Group, told StartupSmart he agrees that Australia is not “out of touch” with digital currencies.

“I think Australia is ahead of the curve because we’ve got great people like senators Sam Dastyari and Matthew Canavan championing the Senate hearing to establish the frameworks needed to initiate conversations round digital currencies,” he says.

“This is all great groundwork, but it doesn’t happen overnight. We’re also very lucky that they are able to engage the industry leaders, such as Ron Tucker from the Australian Digital Currencies Commerce Association as well as myself from Bitcoin Group in order to get us across the framework to initiate effective dialogue.”

Lee says he is confident the Bitcoin community will continue to grow in Melbourne and Australia even though CoinJar has moved its headquarters overseas.

“Bitcoin is larger than any person or company in this space. It is a concept that has inherent world-changing attributes and therefore will grow and continue to be adopted regardless of how little or how much the local community pushes the adoption of the network.”