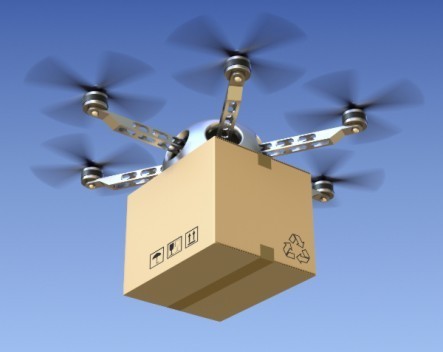 Whether it’s to do with people’s privacy or physical safety, everyone seems to love talking about drones and other remotely piloted aircraft (RPAs).

A government crackdown and layers of red tape make a great headline, but will Australia really see some of the world’s toughest drone regulations in 2015 as reported by Fairfax?

Not likely, according to Peter Gibson – the spokesperson for the Civil Aviation and Safety Authority.

“We have got a number of projects on the way at the moment relating to recreational and commercial drones,” he says.

“One of those is something we foreshadowed last year, which is creating the sub-two kilogram category for remote controlled aircraft. We went out to consultation with that, however we haven’t made a final decision whether or not to go ahead.”

A number of experts StartupSmart contacted were of the view CASA would deregulate drones under two kilograms for recreational use.

Gibson says if changes relating to drones weighing less than two kilograms were to go ahead, they would likely be released in the first half of this year. However, he says overall 2015 will be the “consultation stage” for any major overhauls of the regulations surrounding RPAs.

“We also have several projects underway looking at the rules covering recreational drones with a view to update those because they were written in 2002,” Gibson says.

“We’re looking to update the rules to take into account new technology and the popularity now of drones. So we just need to look at how we can make the rules as relevant as possible to the current situation and as simple and easy to use as possible for the average drone user.”

As for the commercial sector, Gibson says CASA is reviewing the rules relating to remotely piloted aircraft because they were written around 12 years ago. However, it is unlikely these changes will be completed in 2015.

“The main focus is not making it tougher, it’s about making them across the board more relevant and up-to-date,” he says.

“Right throughout the process of reviewing both the drones and RPA rules there will be consultation with relevant groups as well as public consultation before firm, final proposals are put forward. There will be the chance for everyone to have their say.”

“We expect a huge part of the growth in this industry will be related to the under-two kilogram class,” he says.

“It’s possible to do some really valuable work without going over two kilograms and that means companies will be able to start brining drones in-house because they are low-cost and there won’t be red tape if that class is deregulated.”

As for speculation CASA will crack down on drones due to public safety concerns, Vierboom says some concerns are valid – however the focus should be on the good that drones can do for Australian industries.

“A lot of the concerns around drones are around privacy,” he says.

“Those are really valid but the big growth in drones isn’t going to be flying over people’s houses – it’s going to be on construction sites. That’s where the revolution will happen.”

Matthew Sweeny, founder of world-first drone delivery startup Flirtey, told StartupSmart he hopes CASA will be proactive rather than reactive by promoting “forward-thinking regulation” that sparks innovation and creates jobs in Australia.

“We’re entering a drone age where this technology will have applications all around to give us new perspectives on life, as well as to save lives by conducting urgent medical deliveries,” he says.

“Shutting down the Australian drone industry today would be akin to banning modems in the early days of the internet. Do you think Google would have brought its drones to Australia for testing if we had prohibitive regulations? Unreasonable regulations will stifle local innovation.”

Sweeny says all around the world countries are moving towards more liberal regulations on remotely piloted aircraft, and he hopes Australia will follow suit.