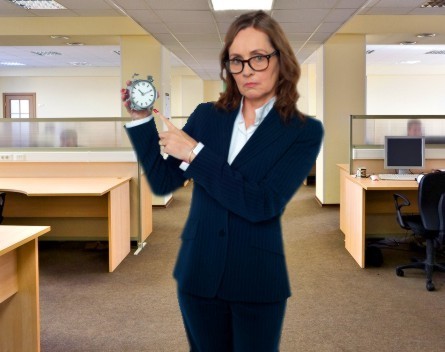 Y Combinator is arguably the best-known start-up incubator in the world. It’s basically a fusion between The Apprentice and a ‘live-in camp’.

The organisation holds two three-month sessions every year during which time those ideas that made it through the rigorous ‘camp’ selection criteria get mentored on everything from technical aspects of their particular model, through to the crucial art of the pitch.

In the most recent period, January to March, Y Combinator received 2633 applications for its bootcamp intake.

Among the eight start-ups that graduated from the San Francisco-based incubator’s first class in the summer of 2005 was the social-news site Reddit, recently valued at $400 million. Today the average value of a Y-Combinator-financed start-up is $22.4 million.

In the incubator’s first six years, 72% of its 249 start-ups raised money after Demo Day; a day where investors flock to watch the ‘new talent’ pitch, a la college football coaches scouting for the latest crop of high school talent.

But of the 249 companies to make it through the Y Combinator graduation day, women have run just 4%.

That’s despite the fact that women comprise about 50% of the workforce and have dominated the ranks of tertiary graduates for more than a decade.

Interestingly, women entrepreneurs are the fastest-growing group of small-business owners in Australia, and they own nearly one-third of all businesses in the United States.

Compared with where women-led businesses were 15 years ago, there’s been a 58% increase in revenue and these firms are now exceeding overall growth in seven of the 13 most populous industries.

However, there’s plenty of room for improvement: only 2% of women-owned businesses earn $1 million in revenue — compared with 5% of all firms — and in total they are responsible for just 4% of US revenue and 6% of jobs.

Last month I presented at the International Women Entrepreneurs Forum in Turkey, where the ‘how’ part of changing the statistic on encouraging more women into entrepreneurship dominated the conversation.

One of the most common suggestions was providing greater accessibility for women to venture capital.

Entrepreneurship requires the fuel of capital to succeed, but access to such fuel remains an enormous barrier to women-owned businesses and the professional flexibility and control that ownership provides.

According to the NAWBO 2013 State of Women-Owned Business Survey, nearly a quarter of women business owners did not seek a new loan or line of credit because they did not believe they would get it. This fear is not unfounded: a Fox Business report released in March this year shows loan approval rates for women-owned companies in the US are 15 to 20% lower than for men.

Launched earlier this year, and championed by renowned businesswoman Carol Schwartz, an Australian branch of the US organisation Springboard hopes to to help open up greater access to world venture capital markets for Australia’s female entrepreneurs.

Founded in 2000, Springboard has aided more than 517 companies through their accelerator program, raising more than $5.6 billion en route to taking the ideas to market.

The organisation’s target is women entrepreneurs who are beyond the ‘young’ start-up stage of growth and who need to raise formal equity capital.

It’s hoped the organisation’s success rate will not only scale female-led businesses in Australia but also inspire women to take the plunge into entrepreneurship.

But it’s clear we need the mindset and culture within the broader business community to shift with respect to female entrepreneurship before women-run start ups will truly be able to flourish.