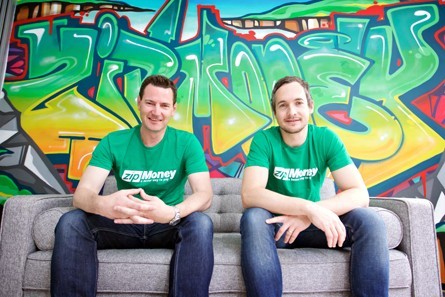 Online retail finance startup zipMoney now has $100 million in “firepower” to take on the major players.

The money is in the form of a $108 million credit facility backed by large US firm Victory Park Capital, marking its “first deal in Australia” and it will also contribute at least $1 million in equity.

Billed as “online lending meets the checkout”, online retailers can embed its software into the checkout process, with its customers then getting the option to purchase an interest-free zipMoney account instead of paying with a credit card or PayPal.

It’s not a new concept, with big retailers like Harvey Norman and JB Hi-Fi offering their own brand of retail financing, but with the large cash injection, zipMoney will now be able to compete with these big players.

“Having access to such a substantial warehouse facility delivers the necessary firepower to truly disrupt the sector, providing the platform zipMoney requires to become the digital leader in retail finance,” zipMoney co-founder Larry Diamond tells StartupSmart.

“It really allows us to turbo-charge the business and go after the big end of town.”

The startup completed a backdoor listing on the ASX in September, raising more than $5 million through the process.

While the startup’s has mainly focused on SMEs since its inception in 2013, the startup will now be turning its attention to larger retailers and scaling its offering.

It bills its product as cheaper and faster than the more mainstream alternatives, with Diamond pointing to the “frictionless” integration with online retailers.

“We do things very differently to the traditional incumbents,” he says.

“Everything can be done on a smartphone in a few minutes, rather than with a bunch of paperwork and credit cards.

“There are two million small businesses out there and they have been shut out from retail finance. We’re there to level the playing field.

“It’s a very digitised solution and we work with the businesses on a customised outcome rather than trying to push a square peg through a round hole.”

The world’s spotlight on Australia

For Victory Park Capital, it’s an opportunity to get a foothold in the Australian fintech sector before the local market catches on.

“We see tremendous opportunity to be a leader in the Australian market,” Victory Park Capital vice president Harsh Patel says.

“There is a clear void in the market as traditional financing sources remain reluctant to support the local fintech sector.”

The firm has also invested $1 million in zipMoney via an equity placement, and there’s room for further $1 million soon too.

Diamond says it’s huge for the startup to have Victory Park Capital come on board as an investor, not just a lender.

“For us it’s fantastic to get one of the most preeminent credit lenders to come in and take an equity position and become a long-term partner in the business,” he says.

“They’ve been a fantastic enabler for so many innovative fintech disrupters around the world and this is fantastic validation for us and the sector locally.

“We’re in a role where the traditional financers are struggling to play.”