University resources start-up raises $600,000 to target south-east Asia and beyond 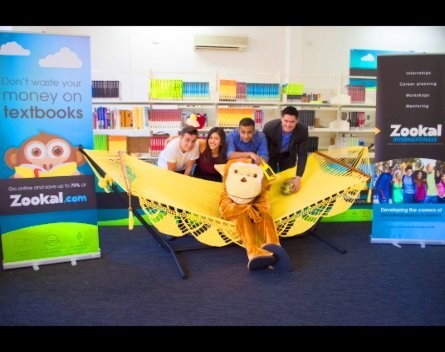 Zookal, a tertiary education resources sharing and training platform, has raised $600,000 in additional series A capital to fund their expansion into south-east Asia.

This is Zookal’s third investment round, and brings the total of investment to $2.1 million. The team will be meeting with US investors later this month for further investment.

“We managed to get this investment from Omer and Gemini Israel Venture Funds purely through Skype, and we never met him in person. So it’s very possible to raise capital externally without blowing the budget and flying all over the world. It’s difficult for local entrepreneurs, but we shouldn’t let that be a barrier,” Haider says.

Launched in 2011 as a secondhand textbook sharing platform, Zookal has grown to include broader resource sharing, as well as training and internship programs.

Haider says funds would be invested in developing their technology infrastructure and fund the acquisition of some Australian education start-ups as they set up their head office in Singapore.

“Asia is a bit like the Wild West for start-ups. You can set up shop and a week later they will have stolen your business, but we felt safe in Singapore,” Haider says. “Singapore was a lot more attractive as a start-up environment than some of the other south-east Asian options, just in terms of how progressive they are about start-ups and how advanced they are in incentives and encouragement programs.”

“Initially when we went to Asia we were blown away by the opportunity and were creating plans to roll out in multiple markets at once. But after spending time with entrepreneurs who have done it successfully, we took a slower and more pragmatic approach,” Haider says.

“The copyright rules are different in Asia too, so we’ve switched to a guaranteed buyback model rather than renting.”

Zookal is looking forward to disrupting Asia’s education sector, which Haider says is worth over $12 billion.

Zookal will be rolling out in Malaysia first, and plan to move into Indonesia in coming years.

“The plan is Indonesia eventually, but it’s a challenging market. It’s an entirely different culture, environment and way of operating,” Haider says. “It’s definitely the place to be in, but it’s just a bit before the curve and hasn’t reached that point of internet penetration, but if we can base ourselves there early on, we’ll be one of the main players when the market develops.”