Stop saying “I had a lucky break”: How to own your story as an entrepreneur 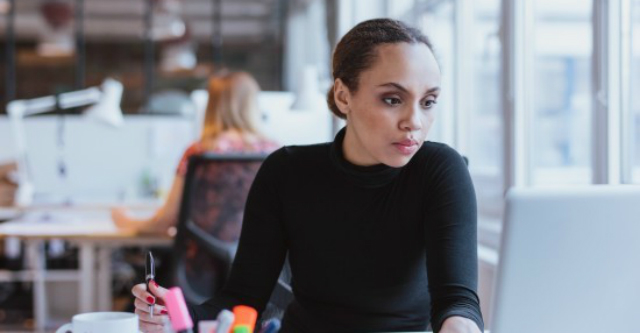 Margie Warrell’s a woman who has fascinated me for years, who I discovered after feeling particularly drained one morning and flicking on the television to see her sharing advice on how to build your everyday resilience.

Since then, the author and media commentator has written a number of columns for Women’s Agenda, (including my favourite, in which she offers what she’s learnt ten years after the birth of her fourth child) and participated in a live Q&A with me in front of an audience in Melbourne.

So perhaps it was somewhat serendipitous that we should speak on the phone last week, just as the state of Florida started swinging Donald Trump’s way.

Warrell oozes sensible and pragmatic positivity when it comes to women’s empowerment — something I needed at that point.

She likes to share tips and ideas on how we can take as much self control over our lives and careers as possible, but also promotes the idea no one should blindly follow the advice of a so-called ‘expert’.

Speaking to me in the lead up to her appearance at the Fearless 2016 event with SheBusiness later this month, I asked what she’s hoping the audience of mainly female business owners will learn.

“My core thing for women is about taking ownership of our own story,” she tells me.

“Even just financially, where we need to step up and own our role and responsibility in managing finances. Then above that level, I find women can often doubt ourselves too much and back ourselves too little.”

There’s no one trick to getting through that, but Warrell shares a number of ideas for better appreciating your own self worth.

One is to start writing down a list of what you’ve achieved over a designated period of time – you might be pleasantly surprised by how much you’ve done.

“The second thing to do is to look at your language and see where you’re demeaning and diminishing yourself,” she says.

“Things like, ‘I had a lucky break’ or ‘it was the right time’ will only hold you back. Don’t talk down how you got there, don’t look for other things to attribute your success to.”

From there, she warns against giving too much authority to other so-called ‘experts’ (despite admitting she’s a coach herself).

“There are so many people out there telling us how to market ourselves and how to build a brand – that can become unauthentic,” she says.

“Decide what feels true to you. You can take on other opinions, but don’t give too much authority to experts who say you should be doing one thing over something else.”

It’s a cop-out she says, to rely on the opinions of others.

“It take away the onus of responsibility on us to make our own decisions,” she says.

“It’s easy to say, ‘an expert in social media or something else said I should be doing this’.

“We have to decide what’s right for ourselves. Give yourself permission to make mistakes and to try new things.”

That can require a certain element of bravery – something Warrell also actively promotes, having written a book about it.

It also requires getting comfortable with failure, something that’s not always easy in a culture that prefers to celebrate wins.

“The fear of feeling ashamed shouldn’t prevent us from putting ourselves out there,” she says.

“Take what works and fits for you, but be your own person. Don’t just be like someone else.”

Inevitably, given we talk as the US election results are coming through, our conversation turns to Hillary Clinton.

Is there much we can learn from her as a role model – or can looking to role models too be a cop-out, another way to put-off making our own decisions and being 100% authentic?

“I think it’s great to look at other people and think, ‘I’m inspired by her being a trailblazer’,” she says, noting she particularly likes how Clinton can walk into a room and own it.

“But take from such role models what works and fits for you, and just be your own person.”