How this Sydney startup reached 500,000 users thanks to a savvy media campaign 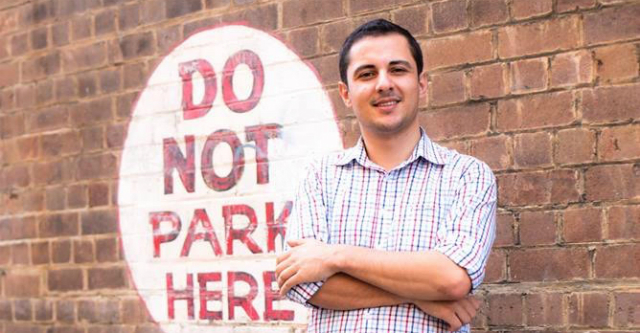 A Sydney startup connecting drivers looking for car parks to homeowners with empty garages or driveways has reached half a million users around Australia.

And it was all thanks to a savvy media campaign, Parking Made Easy founder Daniel Battaglia says.

Battaglia is now planning to expand the platform, which allows homeowners to make about $200 to $400 per month on vacant car space.

“We are in the middle of a pivot,” Battaglia tells StartupSmart.

“We’re updating to include all types of parking including airports, commercial, universities, shopping centres, hotels, hospitals and other areas.”

With more than 60% of its users based in Sydney and Melbourne, Battaglia is focusing efforts on developing Parking Made Easy into a sustainable Australian-based business before expanding into new markets overseas.

He has launched a sister site Parking Cupid to “test the waters” in Hong Kong, Canada and the US.

In its four years since launch, Parking Made Easy has enjoyed coverage across various media channels including 2GB radio and Channel Nine.

“The main driver for our growth was the SEO coverage, the ad words campaign with new positive return on investment in ad words spend and media coverage,”Battaglia says.

Looking back at his own startup’s growth, he says there are two key ways startups can boost brand awareness and online traffic to drive up their success.

To increase his chances of getting picked up by the media, Battaglia says he avoids the press release approach.

“Press releases are not targeted to anyone,” he says.

“From my experience, a lot of journalists don’t read them.”

Instead, he prefers to spend time researching journalists and the type of stories they write before approaching them directly with a reference back to a recent story and how his new content relates and could add value to the audience.

“I pick journalists based on what they’ve written in the past,”Battaglia says.

He has also tried the international version HARO.

“It’s better if you can customise and tailor your pitch to each journalist or each company,”Battaglia says.

He has found this not only gives him a higher chance of success in being published but also increases audience engagement once the story is out.

When reaching out to journalists,Battaglia aims to send content that is concise with sufficient detail and entertainment value.

“You want to use something that’s both entertaining and informational,” he says.

With Parking Made Easy, Battaglia uses a mix of key words to ensure relevant searches on Google land at his business.

This means including tags like “parking” as well as “car parking for rent in Sydney”.

Additionally, he uses descriptive tags providing a detailed picture of what’s happening on the site to increase the chances of his page showing up in Google searches.

“Continually update your website with things like meta-tags and alt-attributes, creating backlinks to media and blogs,”Battaglia says.

“The more descriptive you are about a relevant topic, the more helpful it is.”