Sydney startup getFoodi scores $500,000 investment without even looking for funding 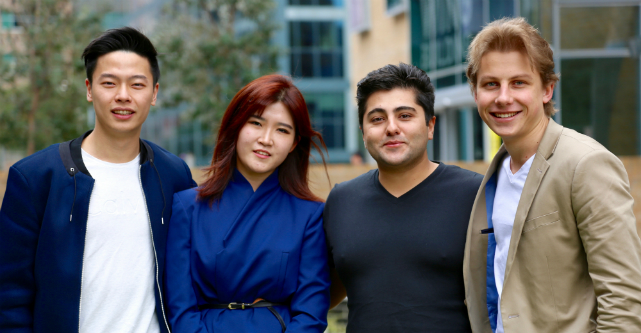 Three Sydney engineering students have scored a $500,000 investment valuing their startup getFoodi at $2.5 million without even looking for funding.

The getFoodi platform aims to connect “food lovers with food creators”, with a focus on desserts.

Founded by Johnson Su, Sia Sajjadi and Adam Love, the platform offers boutique bakeries, caterers and hobby chefs a place to sell creative treats to a larger market of consumers than they could previously.

The founders weren’t even raising capital when ESZ Holdings offered to back them barely weeks into their test launch.

“It wasn’t a miracle, it only happened because of the people that helped us,” Su tells StartupSmart.

The investment came after one of getFoodi’s earliest adopters, chef Stella Zhang, sang its praises to a powerful contact.

Su says Zhang went from generating $0 to $2500 per week in cake sales after just five months on getFoodi.

The investment valued getFoodi at $2.5 million with Su and Love looking to commence a series A funding round to expand in to North American and Europe.

Through the getFoodi platform, users can message chefs, make orders and pay for the desserts.

With consumers ordering celebration cakes for birthdays, weddings and various events year in, year out, Su says getFoodi provides a simple solution for them and food suppliers on each side of the market.

With the latter end operating in small shops around town with old finicky websites or barely visible social media pages, Su says there needed to be a focal point that made it easier to find, order and buy their goods.

GetFoodi takes a 9.8% cut from every sale made.

“The big vision is to be the largest online food supplier in the world,” Su says.

“We want to help chefs realise their dreams.”

Before landing on getFoodi as it is today, Su says they had a few turning points, with the initial idea being quite different to what the startup looks like now.

“We wanted to do a homemade meal app,” Su says.

Inspired by the aroma of his neighbour’s homemade meals after work, Su wanted to create a platform that would enable everyday people to simply make and sell an extra serve of lunch or dinner to others next door.

“I wanted something healthy, wholesome and affordable – can I knock on my neighbour’s door and ask for an extra serving?” he says.

They tested the concept by offering a small group of people home-made spaghetti bolognaise for $7.

“We did a very rough WordPress site and got over 300 orders in the first day,” he says.

However, the massive number of orders saw Su and Love cooking meals from early morning through to midnight.

They also found that 80% of their test chefs gave up because it wasn’t a sustainable way to make profit.

“We got a lost a little bit [and then] we met a chef who offered her baked goods on the platform,” Su says.

With cakes priced at $90 to $100, Su realised the concept could work better with dessert chefs.

“We launched eight weeks ago in the test market, which is Sydney, to see how well the concept is being received,” he says.

The founders are also preparing to bring getFoodie to Melbourne by the end of the year.

The number one priority

Wanting to create real value for both ends of the market it serves, Su says he and his team carefully curating the chefs on getFoodi.

Of more than 100 registrations of interest, only 15 have been accepted, including former Master Chef contestant Emelia Jackson.

Every chef on the site must hold a current food business registration with appropriate licensing and a council-approved kitchen, and must also pass a taste test.

“Right now we’re building our brand and we want to make sure the talent we attract are super dedicated to the customer,”  Su says.