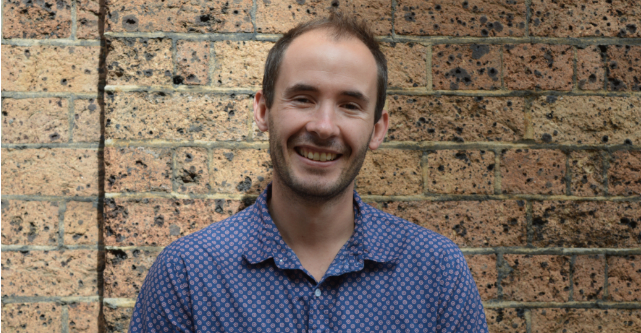 The first batch of local tech companies have set up shop in a “startup’s paradise” as part of the federal government’s global landing pads program.

The San Francisco landing pad will be managed by Austrade and located at RocketSpace, a tech campus and accelerator renowned for housing 17 startups that are now valued at more than $1 billion each, also known as “unicorns”.

About 1000 startups have also been members of RocketSpace, giving its new community access to a vibrant alumni network.

The initiative is part of the federal government’s national innovation and science agenda to boost the global potential of Australian entrepreneur, with $11 million in funding provided to the five locations.

In addition to San Francisco, other landing pads have been announced in Shanghai, Singapore, Tel Aviv and Berlin.

“We really want to see talented and committed entrepreneurs have every chance of success, success that will ultimately lead to successful job-creating businesses in Australia,” Oldfield tells StartupSmart.

Melbourne startup Rosterfy, which provides cloud personnel management solutions for large volunteer-led events, is part of the first cohort and has already split its founding team between Australia and Silicon Valley.

Founder Shannan Gove says it’s an absolute privilege to be involved with the program.

“It really opens up a lot of opportunities for us,” Gove tells StartupSmart.

Gove will continue to work from Australia with his co-founders Chris Grant and Bennett Merriman who are now in the San Francisco landing pad.

“It lets me focus on the operations here in Australia, we’ve got a really solid client base here,” he says.

In addition to having an overseas presence, connections and learning opportunities, Gove says they’ll be able to drive up brand awareness and achieve more credibility as a high-growth company.

“The opportunities are almost endless,” he says.

Perth-based geo-location startup GeoMoby has also been accepted and will enter RocketSpace next year.

Its founder Chris Baudia says his key goals while there will be to raise more capital, consolidate their team, acquire more customers and work towards setting up a longer-term San Francisco office.

He says they’ve been working on new pilots including new IP to strengthen their entry into the US.

“RocketSpace is the perfect ecosystem for us to network with talented professionals as well as with renowned investors,” Baudia tells StartupSmart.

Koala Safe co-founder Steve Pack and his team are building a Wi-Fi network to help parents ensure their children stay safe online and has also landed in RocketSpace.

Pack is most excited about the connections they’re making in the Valley, especially meeting the right people at the right time.

“Co-working spaces in San Francisco are hotbeds of startup activity and collaboration. We meet new entrepreneurs doing new things every day and with every meeting there’s the potential for commercial collaboration,” Pack tells StartupSmart.

Getting into a Landing Pad

Merriman says he was very fortunate to have met an Austrade representative through an introduction from one of their contacts, giving them the opportunity to share their story in person before applying.

“Completing the application only took an hour, and required us to include the background on our business, what stage our business was at in it’s growth cycle and our aim for securing a position at the landing pad,” Merriman tells StartupSmart.

“Our aim was to continue to grow our technology product within the US market after signing two major US sporting event clients before our arrival here.

“The opportunity has definitely given us a voice on the ground and opened up a number of exciting opportunities that would not have been possible had we not have had a physical presence in this market.”

Baudia says he applied for the program on advice from his investors and was invited within a couple of months.

For other startups keen to be accepted into a global landing pad, Pack says what’s most important is to be building a great venture that people want.

“Austrade are interested in exporting Aussie awesomeness into the USA, so our shared goal for awesomeness helped a lot,” he says.

“On the practical side, we heard about the programme at a CSIRO event run in Palo Alto which was showcasing Australian Technology overseas – we applied after that.”