Atlassian head of diversity Aubrey Blanche on how your startup can transform the tech sector today: “The ripple effect can be massive” 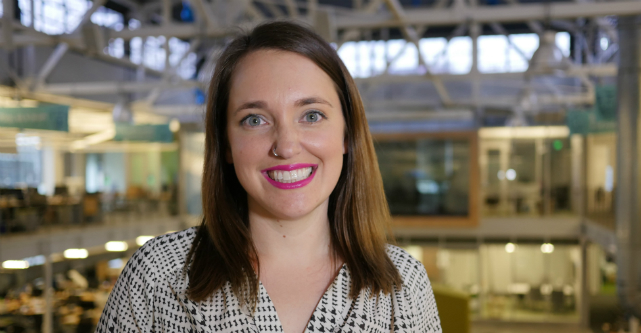 “Diversity is a critical success driver for every business—not just tech and startups,” says Aubrey Blanche, head of diversity and inclusion at multibillion-dollar tech giant Atlassian.

The company, which has a market capitalisation of $8.5 billion ($6.5 billion) and recently acquired Trello for $577 million, is working hard to address the tech sector’s diversity problem by starting within.

Joining the likes of Salesforce and Google, Atlassian released the demographic makeup of its teams for the first time last year.

As the effort to improve these statistics continues, StartupSmart spoke to Blanche about the real challenges, and business opportunity, in tackling the problem of diversity in startups and tech.

Why does diversity matter?

“An overwhelming amount of research has shown that diverse teams and diverse organisations perform better: they’re more innovative and creative, they’re less susceptible to groupthink, they build better products, and they even drive greater shareholder value.

“Having the opportunity to learn from people who are different from ourselves makes us more empathetic; we’re able to see humanity in people dissimilar to ourself, instead of just seeing stereotypes of ‘others’.

“As humans we are programmed in many ways to seek out sameness, and often find comfort in homogeneity, even though that’s not what helps us grow. This is as relevant for managing the bottom line of a company as it is for being a citizen of an increasingly globalised, and therefore diverse, world.”

A lot of the talk about the lack of diversity in startups and tech is focused on gender but is there more to it?

“It’s important that we focus on what diversity is: it’s about celebrating and recognising the value of the uniqueness of each person on your team and what that uniqueness can offer.

“There’s a tonne of research that proves diverse teams are better at solving complex problems. Research shows that being surrounded by diversity—that is, surrounding ourselves with people who have different backgrounds, perspectives, life stories—literally makes us smarter and happier.

“The way to change the discussion is literally to start talking about diversity beyond gender. That requires all of us to have a good idea of how we contribute to diversity, and that we invest time in learning about the experiences of people different than ourselves.

“Excitingly, it’s something we all can do—and it’s free!”

When founders are just starting out, limited time, money and resources can hinder the ability to cast one’s net far and wide enough to build diverse teams. What are some ways to overcome this?

“First, it’s about a mindset shift. Early hires are incredibly important, and so founders should think about the long-term value of hiring thoughtfully from day one.

“In the early days of a startup, founders typically pull from their own network and communities because it’s quick and cheap, but it often results in a homogenised culture.

“There are amazing organisations in Sydney like Women Who Code and Rails Girls (just to name a few) who have great mines of talent who would help to diversify [teams].”

If there’s just one practical thing startups can do today to be more inclusive, what is it?

“Get introspective. Look at how your culture is evolving and ask who might feel comfortable, and who might not, working at your company.

“Think about how your staff would describe your culture in one sentence. Would it be about ping pong tables and beer, or would it be values-led?

“The goal is to be critical and really honest with yourself. Make changes (now!) if you don’t like what you find.

“Founders by definition must be high vision people. Apply the same mindset to this problem as you do to your business.

“We don’t know what the impact of any single startup investing in this will be, but the ripple effect can be massive.”