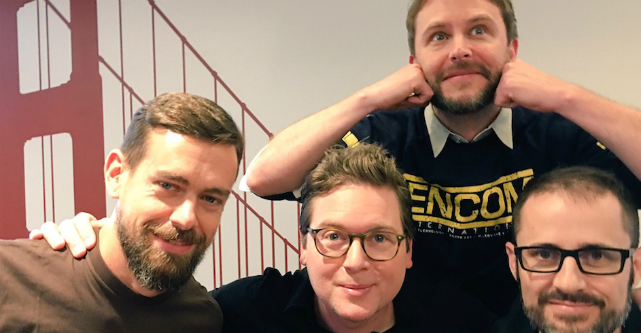 There’s one thing that the founders of Twitter always tell budding founders and entrepreneurs when they’re asked for advice.

Speaking on the Nerdist podcast to mark the 10th anniversary of the social network, Jack Dorsey, Evan Williams and Biz Stone discussed the key things they’ve learnt across this journey and their advice for the next generation of startup founders.

For Williams, an entrepreneur needs to have much more than just a good idea.

“If I’m only given the chance to give one piece of advice to somebody who wants to be an entrepreneur I always say that you have to be emotionally invested in what you’re doing,” Williams says.

“You have to love what you’re doing.”

Having this passion will help a founder through the hard times and criticisms, he says.

“We were told Twitter is terrible, stupid and the worst idea ever,” Williams says.

“At one point someone said Twitter was the Seinfeld of the internet: It’s a website about nothing.”

“But if you’re emotionally invested those things just wash over you and you keep working on it. If you’re not, you’ll say, ‘everyone’s right, I’m just going to move on’.”

It’s also important to trust your own instincts and not just rely on outside feedback, Stone adds.

“Be emotionally invested but just follow your gut in what you create,” Stone says.

“Create the thing that you want to exist in the world.”

Twitter was born out of constant iteration that saw the founders follow their instincts instead of the feedback, he says.

“If we mostly just listened to people then Twitter wouldn’t have been because it was clearly a silly idea,” Stone says.

“What’s working for you is your primary barometer, then you can put it out into the world and see how people are reacting to it.

“You always have a thousand different options about what to do next. It’s not like Twitter was born and it was suddenly a hit – it took months of iteration. Every month and every year we think, ‘what do we do now?’.”

The Twitter founders have a cold hard truth for startup founders: “It probably isn’t going to work out”.

But with the right combination of factors coming together and a lot of hardwork, an “overnight success” can be born.

“Everyone tells us, ‘oh Twitter, you started it in your mum’s basement, it was the first thing you did and it’s a total success’. Not really,” Williams says.

“It takes 10 years, a lot of hard work and a lot of luck to be an overnight success. If you’re lucky enough to have the right people, the right idea and the right timing then you have to be emotionally invested and make it better every day.

“That’s the only way you’re going to be able to make it through.”