The power of a New Year’s resolution 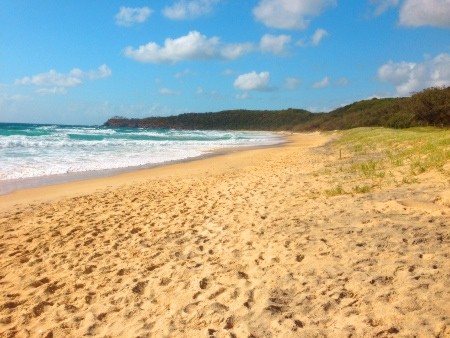 I remember being on a summer holiday at age nine just after Christmas, and hearing adults talk about their New Year’s resolutions. I liked the idea that you could set a challenge for yourself for a whole year.

You couldn’t hit ‘restart’ if you broke it since the clock was ticking, and the year would grind on regardless. So I decided to make my first New Year’s resolution. I didn’t have anything that I had to change about myself at age nine, so I decided it would be fun to challenge myself to be a vegetarian.

There was no reason why I had to do this; I quite enjoyed eating meat. I just thought it would be cool to have a New Year’s resolution like adults and that was the first goal that entered my mind.

I announced my New Year’s resolution to my parents. Mum’s response was that I’d “never manage to do it”. She asked me what I would do at barbecues and school camp. I replied that I’d think of something. Well, I’m happy to say that since January 1, 1988, I have not eaten meat.

Not ever, not even once.

I’m sure all the adults I heard talking about their New Year’s resolutions broke theirs within a few weeks but, at the time, it never even occurred to me that you could set a New Year’s resolution and break it. I thought that once you said it aloud that was it. So, no eating meat.

As I’ve grown older, I’ve learned that the experiences you have as a child shape the way you see yourself and the world. Setting my first ever New Year’s resolution and keeping it gave me access to everything I might ever want to achieve in life. It was the power of giving my word to myself and knowing that I’d follow through.

I’ve approached the New Year quite seriously ever since. Each year between Christmas and New Year, I take a few days out by myself to think. Usually I go somewhere quiet in nature where I can hike and swim, which I find helps clear my head. This year I went to Noosa with my family, but last summer I travelled all the way to Lombok (near Bali) and hiked in the rainforest for a week by myself.

I need a few days to process the year gone by, then focus on where I am in life, what I want in the future – who do I want to be as well as what do I want to do. Usually, by about day four or five, I find that I’ve gained clarity on my focus for the coming year.

I then write down a set of goals – three top goals, both professional and personal, and a few sub goals. I prioritise my top goals so when time conflicts come up – as they often do – I can think back to what I decided was most important for my year and that will determine how I focus my time. I started my goal-books at age 20 and have kept the full set of goal-books since then.

For me it’s been a powerful process – it’s amazing to look back at my past books and see that all the top goals have come to fruition.

So, a few weeks ago when I set my goals for 2013, I decided that the one thing that’s more important to me than anything else is to get a million users on Posse.

Some might think this is a bit unbalanced, that my top goal should be personal. I don’t care. Yes, there’s a whole lot of personal stuff I want in the future. But right now, at this stage, getting a million users is the goal I want more than anything else. So, that is what my year will be about.

Since settling on this single goal for 2013 I’ve obsessed over how to achieve it. I’ve read every article there is on ‘growth hacking’ for start-ups, and I’ve shared links to a few of the best ones below. I’ve researched how sites like Airbnb, Quora, LinkedIn, Pinterest, Yelp and Path managed to get millions of users in a fairly short amount of time.

Yes, they all built good products – but the interesting thing is that none of these communities grew organically without some degree of slightly dodgy and aggressive practices. For example, Airbnb spammed Craigslist, Pinterest spammed Facebook through Open Graph, Yelp paid early reviewers, Quora used offshore freelancers to set up fake Twitter accounts to answer questions and Path has been widely criticised for sneakily downloading people’s contact lists when they downloaded the app.

Growth hacking isn’t something I’ve heard talked about much in the Aussie start-up scene because I think that these practices go against our culture – both as a country and as a community.

I want to build a product to compete globally. To do that we must gain many more users fast. So this is my mission for the year, and like all the other challenges I talk about in this blog, I know this will be incredibly hard and a bit painful. But the cool thing is – I know from the past that when I set my goal for the year I’ll do everything humanly possible to make it happen.

As always, I’ll let you know how we go as the year progresses!