The real reason women drop out of STEM fields 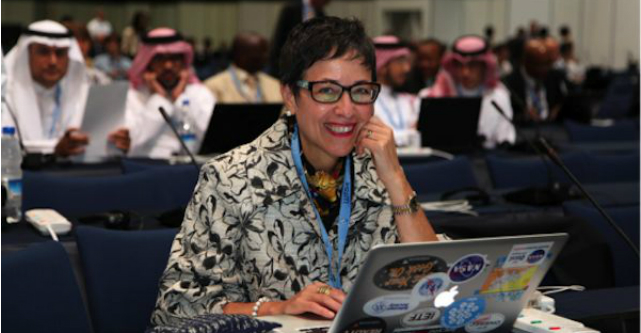 Why do women keep dropping out of STEM fields and what can we do about it? We put the question to one of Europe’s leading advocates for women in technology, Monique Morrow, who says workplaces need to start looking at themselves — instead of thinking the problem is the women.

Morrow is the CTO Evangelist for New Frontiers & Engineering at Cisco. With nine patents to her name, she leads a major team across Asia Pacific and was strategic in pivoting Cisco to the Internet of Things and Cloud Computing. She is also leading a global collaborative movement called the ‘Internet of Women’ to help develop a new social science for women in technology to sustainably transform the industry together.

Recently in Canberra to give a lecture at ANU where she met with Professor Elanor Huntington, one of the world’s few female Deans of Engineering and Computer Science, she took some time out to answer some questions from Women’s Agenda.

What are some of the key reasons why women drop out of STEM fields?

This is a multi-loaded question. I believe, and evidence suggests, that something happens after ten years, whether it’s having children or suddenly becoming the carer for an elderly parent, and the workplace environment is no longer conducive for them to come back. It also seems it’s not a question about women, but instead about the nature of work.

We don’t want to make women the victim here, that is extremely important. They drop out because of the nature of working environments – they are not flexible. As a result many women drop out for good and give up their career entirely so we have to analyse this and correlate a loss of talent when that happens.

The call to action here is looking at the workplaces themselves. The workplace is evolving and the nature of work is evolving. We have to point to that level of conversation and I would argue that it is going to be more problematic if we don’t address it straight away for more members of the population, not just women.

There are also other factors, such as toxic behaviour; both men and women need to call it out when they see it in the workplace and we should have a zero tolerance for toxicity – there should be no losers in the workplace.

I’d encourage women and men to read the book I co-edited called The Internet of Women: Accelerating Culture Change. It contains many inspirational narratives that suggest that changes are happening in spite of what we hear.

Do you believe Australian organisations are doing enough to address the issue? Are they aware of it? Do they care?

There is work in progress to address the issue, for example, mentoring and capacity building activities, however people and organisations can always do more.

By no means am I suggesting a quota system, I am suggesting there needs to be a level of accountability and goals that are set. You start with what your aspirations are as an organisation and how you are measuring your aspirations.

There is always room for more. Just walk into any technical course, whether you’re in high school or college, and when we start see a reflection of the population we live in, that’s the measure, then you can start to believe we are progressing.

We need to pose the question of “do they care?” to the organisations themselves. I think maybe it’s a question that some of them aren’t thinking about. I also think it’s a question we need to also pose to the public. Are you watching this? Are you tracking progress? Does it matter to you as individuals?

What would you like to see more Australian organisations doing to prevent the drop off?

That’s a huge global question and I would reverse it to say’ ‘what is the picture of success’? The answer is when we don’t need to be having this conversation, or, when it doesn’t sit at a UN level as a gender equality goal.

What needs to be discussed is whether we are doing that extra bit more to progress towards that picture of success? Can we do better? Students should be asking themselves this too, not just organisations. Change doesn’t just happen from the top down, change needs to happen from the bottom up too.

We’re in the twenty first century and we are still talking about it. We’re not quite there.

What is reverse coaching, how is it helping you?

I can pick up the phone at any time – or What’s App, we use What’s App – and converse; a life conversation about issues, whether they’re personal or professional. She has my back and I have her back. That’s really what it is.

Traditionally, people look for someone with experience as a coach. I would suggest that we live in a world where we need multigenerational teaming and that’s the big ‘and’ in our society and there is a big benefit for both worlds in different ways, learning from one another.

What have you discussed in your ANU lecture?

I had an extraordinary visit to Canberra and a wonderful time at ANU, especially getting the opportunity to meet Professor Elanor Huntington, ANU’s first female Dean of Engineering and Computer Science.

There are very few female Deans of Engineering around the world, I can count them on one hand, yet she has extraordinary vision globally and is impactful on both a national and global level – something I believe Australia should celebrate.

I chose not to present during the ANU lecture; I didn’t use powerpoint, and I had a great interaction with the audience. We were talking about all types of topics: the future of work,  whether technology disrupts or enables work, what needs to be done in terms of having an inclusive society, are we doing better with women, multigenerational teaming, ethics and intelligent systems. The view doesn’t need to be dystopian, it can be positive.