The truth about lying and why you do it: “Apparently we all lie” 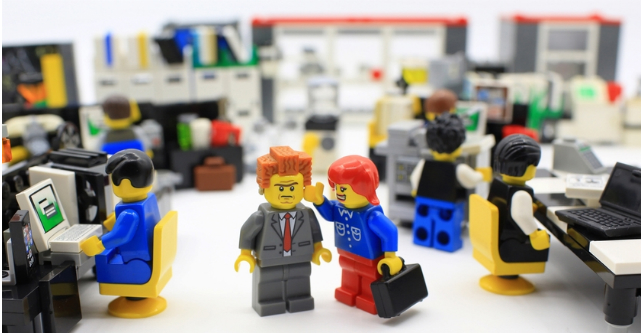 I am currently working on two major film projects that share a key aspect: someone has lied. So I have been exploring why people lie and the impact of their lies on those close to them.

Lies are big in the media at the moment; it’s as though the world has been given a wholesale licence in calumny, in the wake of recent global political developments and revelations about fake news. Its verb, calumniate, is no longer used, but its Latin meaning is to make false or defamatory statements about someone in order to destroy their reputation.

Apparently we all lie

However, lies go far wider than defamation or slander. According to Robert Feldman, we all lie—frequently within the first 10 minutes of meeting someone new.

How so? Lies may be saying you are well when you feel awful, or complimenting something or someone you don’t actually like. Feldman, a professor of psychological and brain sciences and deputy chancellor of the University of Massachusetts, has spent decades researching why we lie and the nature of our lies, and is the author of The Liar in Your Life.

I had the pleasure of interviewing him recently and as he explained to me, lies range from small fibs to exaggerations, to outright doozies. “What I’ve found,” he said, “is that lying is something that almost everyone does; it’s something that in fact greases the wheels of social interaction”. Feldman points out that we could not interact with one another as easily as we do without lying strategically.

Lies are something we even teach our children. We teach them (a) they shouldn’t lie, but we also teach them (b) sometimes it’s okay to lie. It seems to be such a natural part of our everyday interactions.

Often we are not conscious of lying. Or as Elizabeth Loftus, cognitive psychologist and memory expert at the University of California told me, we may have persuaded ourselves of something that did or didn’t happen. This can pose major problems, for example in forensic investigations into crime, if as Loftus explains, “you have a witness to a crime or accident, who is testifying to what she or he thinks happened …” or what they would prefer to have happened.

Lies result from false memories and from truth bias. False memories are not necessarily deliberate, but situations are compounded when someone insists that something did/did not occur. Feldman suggests that “truth bias” occurs because “we tend to assume that other people are being truthful and that leads us to miss many lies. Now, there are several reasons why we do that.

One reason is that we’re cognitively lazy. We don’t always want to be thinking, “Is this person telling me the truth, is this person lying?” It takes a lot of cognitive effort to assume people aren’t telling the truth. The other reason we assume people are being truthful is because we’re hearing things that are relatively agreeable to us.

The concept of truth bias helps to put (some) lies in perspective—certainly in the case of a polite fib concerning a person’s appearance or skill levels. Most of us know and even accept that kind of lie. But lies can cross the line into possibly dangerous and certainly damaging territory. It may start with something inadvertent, almost innocuous.

The old warning, “Oh, what a tangled web we weave when first we practise to deceive”, is all too true. Lies burgeon into messes that become difficult to escape, let alone justify.

Can we spot liars?

Not really, says Feldman. The notion that liars betray themselves through evasive eyes and shifty behaviour doesn’t hold up, according to Feldman’s research. Some of the behaviours we engage in when we are lying are the same things we do when we’re anxious.

I might fidget a lot and maybe that means I’m lying, but I could just be nervous. In a trial for instance, a person accused of a crime, with lots of pressure on them, “may appear to be deceptive when in fact they’re just nervous, just anxious. It’s hard to use non-verbal cues to tell whether someone is honest or not,” says Feldman.

Confidence is malleable and lies are contagious

Lies are compounded when someone initially gets away with something, says Loftus.

“Confidence, like memory, is malleable. There is scientific evidence to show that, if somebody gives you a report, and you give them positive feedback—’another witness said the same thing’; ‘good job’; ‘we have reason to think you’re right’—this will artificially inflate the confidence of the (liar)”.

A further problem causing by lying, according to Feldman, is that when one person lies, it frequently causes another person to lie as well. “There’s almost this spiral effect, there’s an increase overall in the number of lies that go on in that conversation,” he says.

To lie or not to lie

Much of the time, it’s best to tell the truth. But making a conscious effort never to lie again rarely works. Radical truthfulness of this sort tends to land you with few friends. However, although there appears to be a greater acceptance of lying, especially in many societies, this is true only up to a point and, experts agree, you invariably have to live with consequences.