“There is a talent war out there”: Carsales.com.au executive Ajay Bhatia and other leaders on how you can win the battle 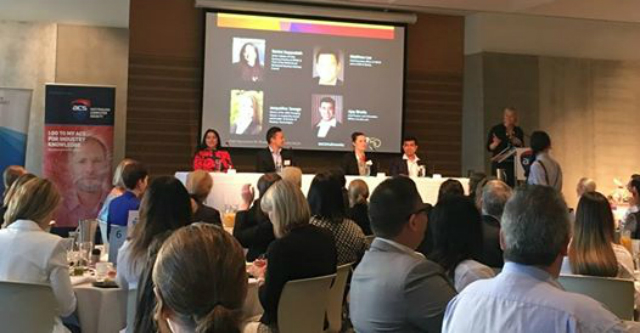 Businesses of all sizes must urgently rethink their approach to diversity in hiring or they run the risk of missing out on finding the talented employees they need to remain relevant.

That was the key message from a panel of entrepreneurs and executives at an event for the Australian Computer Society (ACS) in Melbourne on Wednesday.

“There is a talent war out there,” said Carsales.com.au chief innovation officer Ajay Bhatia.

Beyond the critical need to bring gender equality to the science, technology, engineering and maths (STEM) sector, Kappadath said marginalised groups too often end up in menial jobs. This includes new immigrants who are highly skilled but ignored by employers because they lack local experience.

“It’s a loss at every level, it’s a moral travesty as well,” said Kappadath.

“What a waste of talent?”

Read more: “My disability is not always visible”: How to create an inclusive workplace for people of all abilities

Recently launched ventures such as Refugee Talent and groups like Rails Girls and Women Who Code give startups and businesses a place to start making their hiring practices more inclusive, but the panel said there are other strategies founders can use.

Here are three of their tips to build a more diverse and inclusive team.

Kappadath said the fact we are still discussing the benefits of diversity and inclusion means Australia has a long way to go in seizing the opportunity at its feet.

“Diversity is not just about gender,” she said.

“Diversity is about all the ways in which we differ. Some of it we can’t change, we’re born with it, some of it we acquire along the way.”

“There’s a big war for talent out there and if you start to make decisions on unconscious bias you’re going to lose out and you will be irrelevant,” she said.

“Our leadership teams and our organisations have to be a reflection of our community.

This means not hiring people you simply like, she said, but “really looking under the covers” to see the potential, achievements and life journey of those who can add great value to your venture.

“It’s not that you have to get on with them,” she said.

To talented people, particularly women working in the tech sector, Kappadath said issues of discrimination and conscious or unconscious bias are “very difficult, delicate conversations” to have with a boss.

“We need to be really aware about what’s going on,” she said.

A strong venture requires the collective intelligence of a diverse team, he said, and this requires dedicated effort from the top.

“Starting at the leadership level is very important,” he said.

Bhatia said many people believe that leaders operate on an “iceberg of ignorance”.

Bhatia said it’s crucial for leaders to reflect and identify what biases, including unconscious ones, they have when making these decisions.

Lee added that he became aware of his own unconscious bias after hearing about its impact from a tech leader at an event.

“You need that sort of wake-up call,” he said.

Once issues are spotted, Bhatia said, it’s important to take the right steps forward. This could mean setting gender equality targets to ensure it’s no longer an issue in years to come.

“I sort of didn’t believe in quotas … but more and more I realise you actually need that to break the cycle,” he said.

“The choice we have to make as leaders is which side of history you want to be on.”

Savage, an award-winning entrepreneur in the biotech sector, said she grew up largely unaware that gender stereotypes and bias were barriers to many in her field.

“For me, it was never an issue getting a job as a female engineer, I was actually headhunted,” she said.

However, this perception was broken when she began speaking to young girls and realised the prevalence of social attitudes discouraging young students from pursuing STEM because of their gender.

To address the issue, Savage said startup founders like herself and other leaders in the community should work on raising awareness and visibility of these career pathways for young people.

“There’s a big need to really highlight and show people what it looks like,” she said.

“Technology is rapidly developing and changing … we don’t have the pool of talent to support that.

“We really need to grow that pool of talent.”