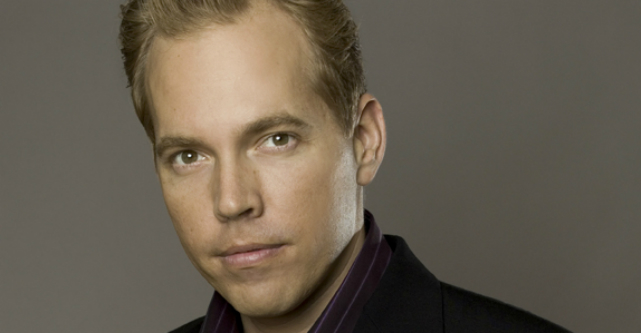 Startup founders should embrace risk in the early days and don’t need to be setting out to create the next unicorn, startups.co founder and global tech pioneer Will Schroter says.

The trio could agree on one thing: You have to start small.

They offered advice to founders on how they can better their success and what the community as a whole can do to support the ecosystem’s overall growth.

1. Try things when you can

Schroter says the fact that young people launching a startup often start with very little can turn out to be a superpower.

“I learned there is a point in your life where you actually have nothing to lose,” Schroter tells StartupSmart.

“It’s a fact most people never come to appreciate when they have it.”

After being rejected from every college he applied to, Schroter went on to build a $700 million dollar web development company, leading him on a successful journey of starting and launching new businesses.

“In retrospect, this worked my way,” he says.

In these earlier times, Schroter says he literally walked down the street and around campus selling his service to potential customers.

To start a business and excel, Schroter says you don’t need to come up with something that has never been done before, you just have to develop a solution that’s better than what’s currently out there.

“People are so hung up on this myth that I have to invent this miraculous thing that’s never been done before and if I don’t come up with this, I shouldn’t even bother,” he says.

Cameron says some of the world’s most successful startups were not built on ideas that had never been heard of before.

“They’re all taking existing business models and making them better.”

Ultimately, Schroter says he wants to invest in founders that are so angry about the problem they’re solving that they don’t even want to get paid for solving it.

“I look for a founder that has a very personal attachment to the problem,” Schroter says.

While this may not always be easy particularly for startups in areas like SaaS, Schroter says he is drawn to founders who are inherently involved with the problem they’re solving whether it’s something that really upsets them or where it has affected them directly.

“I ask founders what their timeline for success is,” he says.

And Schroter is often surprised by the response.

In many cases, he finds founders will present a plan to make a lot of money and exit quickly which means if they don’t reach a certain target in three to five years they have failed.

Stone says this is quite unrealistic given leading startups and businesses have achieved success through longer-term vision, growth and planning.

“I never had an exit strategy for my business, I had a growth strategy,” Stone says.

Cameron adds that ideas should also be scalable.

“It’s the missionary versus the mercenary,” says Cameron.

“Is there a real problem and is the solution scalable – I want to solve big problems.”

Schroter, who is based in one of the world’s most active startup communities in San Francisco, says the core elements of a strong ecosystem are connecting, celebrating success, decoding failure and knowing how to pitch.

“Most communities are disconnected and that breeds a lot of problems,” he says.

He says it’s crucial that founders connect with people and seek out advice whenever they can, whether it’s at a networking night, a live panel talk, open office hours or through an online community.

If it’s customer acquisition a founder is learning about, he recommends connecting with every person possible who knows about this.

“I want every startup to have that 20 minutes with somebody – when I was 19 I would’ve killed for that,” he says.

When a startup fails, instead of internalising the pain and shame, Schroter suggests founders meet regularly over drinks and candidly discuss their mistakes and the lessons learnt.

“What the hell happened, why did it turn into this ugly piece of shit?” he says.

That way they can identify the issue, make changes for next time and help each other reduce their fear of failure.

Stone says founders must learn how to pitch their ventures effectively so they can communicate a compelling case for their business.

“Who teaches people how to pitch?” he says.

At his Melbourne accelerator Angel Cube, Stone says there is a huge focus on getting founders to regularly practice this and iterate the process.

“I was talking to the guys at 500 Startups and they spend so much time pitching their businesses to get it pitch perfect for the demo day that they ignore their businesses for the last program,” he says.