Three PR tips for startups on a budget 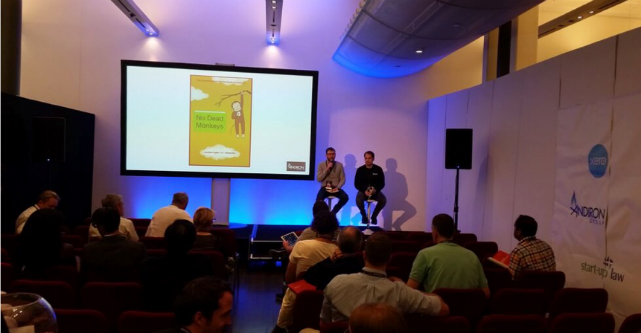 One of the biggest mistakes a startup can make is not thinking about its story as a long-term strategy, the author of a new startup communications book says.

He says that founders often go to the media without a solid plan in place, and without considering whether the coverage will actually be of any benefit.

“They’re deciding now we’re going to go to the media rather than a larger sense of how that’s going to work,” Englert tells StartupSmart.

“Without a sense of how it connects with the people you’re telling.”

The pair officially launched the book at BlueChilli’s Sydney office on Tuesday night.

While its concepts can be applied in any business, Englert says it was written with startups that have limited money for PR in mind.

Englert says startups should think about their story from very early on.

Englert recommends “core story sessions” with key team members to explore who exactly they are, the problem they’re addressing and where they’re headed.

In addition to defining key messaging, he says this can also help to uncover internal issues with the startup’s structure.

“I know one founder who did it and three of the members in the room were not a fit and I could see him in the room go, ‘oh my gosh, I’ve got to change something’” Englert says.

He says founders should test testing the story out with friends, trusted advisors and even strangers.

2. Keep track of the news cycle

As the news cycle is fluid, Englert says the relevance of a startup can peak at various times, which may spark unexpected interest from the media – and founders must be prepared.

“You need to have a story ready for those golden opportunities,” he says.

Employing media experts within the team or externally can be helpful to keep startups on the button in riding news waves.

“If you’re not at that stage, develop a sense of the news in your area, who’s writing about apps like yours,” Englert says.

“Look at macro elements and the market that are related to these stories and your particular technology so you can make the connections and build relationships with journalists covering that area.”

3. Be careful on social media

The “instant reaction” of social media is a double-edged sword, Englert says.

“There are a lot of smoldering monkeys on social media because founders can be very passionate about engaging with their potential customers and audience but also protecting what they’ve built,” he says.

The ability to connect with audiences and customers can be greatly appealing but if it isn’t done properly it can be detrimental for new startups, Englert says.

When complaints are raised on such social media, he says new founders should address the issue directly with the person offline.

“Tonality may be wrong, you may sound defensive and it may bring a whole lot of things out of the woodworks,” Englert says.

“And it’s kind of a permanent thing.”