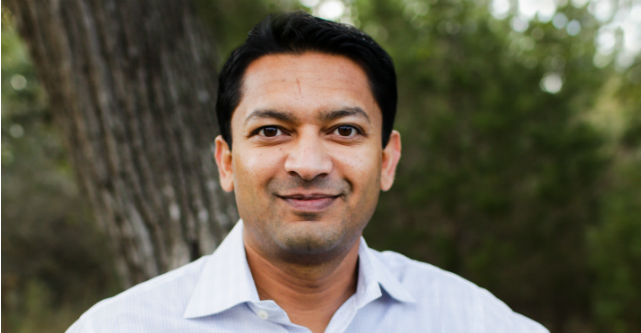 US entrepreneur Ash Maurya runs entrepreneurial workshops around the world, and says there are three crucial principles that startup founders need to be aware of.

Maurya is the creator the famed Lean Canvas model and the author of Running Lean and the newly launched Scaling Lean.

While his first title explores the process of bootstrapping and building products, the new book uncovers next steps for growing entrepreneurs.

“I’d built a number of products some successful some not so successful,” Maurya tells StartupSmart.

“The questions that I began to hear are what prompted me to write the second one.

“It was more about how can we take the next level of lean application and get some metrics into play.”

Maurya meets with entrepreneurs in the most advanced startup ecosystems through to new and emerging hubs, and later this month he’ll be running his first Melbourne session.

“The hunger for entrepreneurship is everywhere,” he says.

1. The secret to a great startup ecosystem

While startup ecosystems around the world may vary in how advanced they are, Maurya says they all have a similar “persona” and the challenges they face are quite alike.

“They want investors to come in.”

In addition to this, he says they want government support, office space and more dedication or contribution into fostering entrepreneurship.

But Maurya says these are “secondary symptoms” and not what he looks for when determining the potential of a startup ecosystem.

He says real potential and drive exist in places where the entrepreneurs are creating their own buzz, getting products to market and building traction despite the barriers.

“The entrepreneurs have woken up and are self-organising,” he says.

“How many entrepreneurial events are running every week? If that number is going up, that’s a very good sign.”

“You’ll find investors will come where those ideas are.”

While founders from around the world may dream of making it big in the Valley, Maurya says he always pushes a different message: “you can start anywhere”.

Part of this also requires some education on best practice methods like building MVPs and completing a lean canvas model instead of traditional business plans and full product launches.

“You can create one of these ecosystems anywhere if you activate that entrepreneurial activity first,” he says.

2. What you need to chase

Maurya says that most entrepreneurs think they need to be chasing investment when it’s customers that they need most.

“Investors like Dave McClure travel the world looking for people with early signs of traction they’ve gained on their own,” he says.

Maurya says at the start, entrepreneurs shouldn’t build a product and they shouldn’t talk to investors.

“Instead, identify customers for your particular solution, dig deep into the problems,” he says.

He recommends thoroughly researching how others are solving the problem to determine if they’re failing at it and if there’s an opportunity to fix it.

If people already love the solutions that out there, Maurya says, a new product will need to have an incredibly compelling reason to get the market on side.

And starting small is critical.

“Uber didn’t go and build fleets of cars around the world, they started in San Francisco with just one black car,” Maurya says.

“They said the old job of hiring taxis is broken, we can replace this with an app and a button, if people like that we can go further.”

3. Unicorns live in the real world

From his travels, one of the most common issues Maurya says he finds is founders forgetting a basic principle.

“Love the problem not the solution,” he says.

“We just tend to forget that one thing.

“Life’s too short to build something nobody wants.”

Even unicorn ideas like the iPhone of Facebookstill solve problems in the real world, Maurya says.

“People not knowing they needed the solution is actually sometimes overblown,” he says.

“I’m a big fan of the jobs to be done framework.

“Jobs are timeless, how we do those jobs is what changes.”

He points to Apple’s release of the iPad.

“Steve Jobs, he wasn’t on stage touting the awesomeness of the technology, or the new things that you do,” Maurya says.

“He was talking about five or six old things that you were already doing like email or reading the newspaper.”