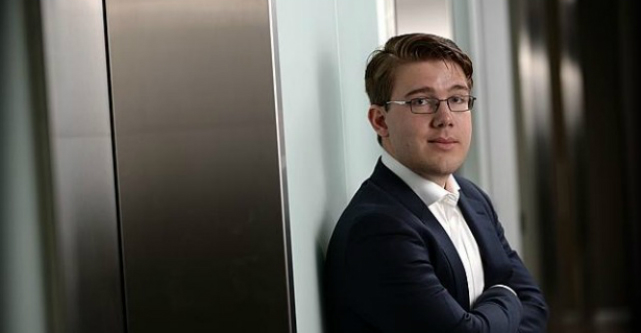 After being named one of the world’s most disruptive startups and raising $4 million, Queensland-founded edtech startup GO1 has scored another goal by securing a partnership worth $50 million.

GO1 founder and chief executive Andrew Barnes says the deal with New Zealand-based learning management systems provider Totara, which was finalised in April, will open up the startup to a further 10 million users, including giant brands like Sony, Kmart and Coles.

GO1, which raised $4 million and was named one of the world’s most disruptive startups last year, is expecting to have a global workforce of more than 100 by the end of this year.

“By 2020, [we want] to be the most used source for professional learning globally,” Barnes tells StartupSmart.

And strategic partnerships will play a key role in achieving this feat.

Totara provides software for organisations to track users and their learning but it doesn’t offer any actual training content. Barnes says GO1 fills this “missing element” with its training marketplace offering 350,000 items of content, and the partnership will give Totara’s clients to this content.

Barnes says partnering with viable businesses that have “complementary products and services” is a powerful way of accelerating the growth of a venture.

He points to multibillion-dollar cloud giant Salesforce, which has driven a large part of its growth through “implementation partnerships” and a “big partnerships team”, instead of employing hundreds of thousands of employees.

But partnerships can only work if they’re built on “long-term” goals that mean all parties will “better off”, says Barnes.

“It is identifying who are the players where there’s going to be a mutual fit [and a logical fit],” he says.

While it may be exciting to get a partnership with a big brand like Google, Barnes says it’s vital for startups to have a clear understanding of what each party in a partnership will contribute to ensure it’s a “win-win” deal, and that value is created for customers of both sides.

There’s no point in getting a deal with a big player, he says, if “you are not a priority for that other organisation”.

“Then nothing is going to come of it,” he says.

Because of this, Barnes believes it’s crucial to clarify and “formalise” what each party is going to do for the partnership so “everyone’s expectations are aligned”.

“[Think] is this something that both sides are going to benefit from, otherwise it’s not going to be a long-term sustainable partnership,” he says.

Before entering a partnership, it’s vital to consider timing and resources of both your startup and the potential partner, he says.

“Partnerships work better when you can resource them — doing them too early can work, but [it] can be more difficult,” says Barnes.

Establishing a strong customer base and a successful product or service before knocking on the doors of big players can help a startup instil confidence in a potential partner that a partnership is a financially viable opportunity.

“[They want to be] partnering with organisations that are not going to disappear overnight,” he says.

Reflecting on the partnership with Totara, Barnes says the New Zealand firm approached GO1 but before any deal was secured, the big question was around “mutual fit” and long-term potential.

This meant the products and services each party offers, their vision, goals and “how they saw the world” all had to be aligned, he says.

“Like most business opportunities it was first all about the people, [and] understanding how we were as a company,” he says.