The top 10 mistakes entrepreneurs make according to Guy Kawasaki: Part one 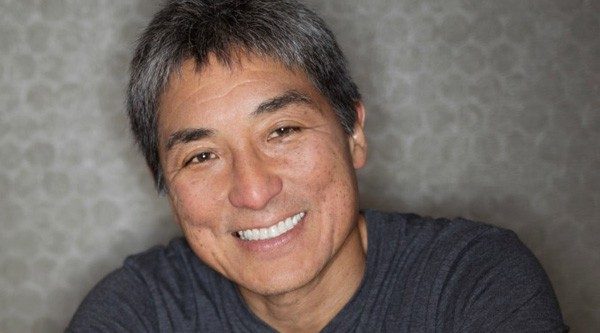 Beaming into the conference via Skype from Silicon Valley, Kawasaki ran through the top 10 mistakes he’s seen entrepreneurs make over his experienced career — and the ways they can best address them.

StartupSmart has presented the first five below, but check in next week for the last half (plus a bonus one too)!

1. Too much focus on the pitch

Kicking it off, Kawasaki made the bold claim that entrepreneurs are led to put too much focus on pitching for their ventures. It’s an approach he says isn’t helped by the prevalence of pitch competitions and emphasis on pitching by venture capitalists.

“The ultimate pitch is not something built in PowerPoint but a prototype. When I see an entrepreneur, I would much rather see a prototype than a pitch, because PowerPoints are easy! You can just put text on a slide and wave your arms, and pretend that it’s all going to happen.

“A prototype makes it so much more real.”

The efforts of founders should be split 95% into building prototypes and 5% into developing pitches, said the seasoned entrepreneur, but he expects most startup founders would do the opposite.

A regular sell of a startup’s value proposition is the potential for a new venture to capture a mere skerrick of a vast market. For example, a startup working in the public cloud sector might seek to capture just 1% of a $6.5 billion dollar market, which would seem, to some, an easy ask.

But Kawasaki poo-poos this approach, reminding entrepreneurs it’s not that easy to get 1% of anything.

“On the flip side of that, it’s not only not easy to get one percent, you don’t want to invest in a company that only wants to get 1%,” he said.

“So that argument is lousy.”

Instead, Kawasaki suggests entrepreneurs approach their addressable market from the bottom up, saying instead of focusing on capturing that 1% of whatever market, founders should look at what they can already achieve, and work up from there.

“So say your website, with all the magic you can work on it, can get 200,000 unique visitors a month. Well now you can use one percent. So say that one percent of those users actually bought your product,” he said.

“That’s a lot better than saying you’re going to get 1% of people in China or something like that. I can guarantee you when you multiply big numbers by 1%, your projections are going to be off by two or three orders of magnitude.” 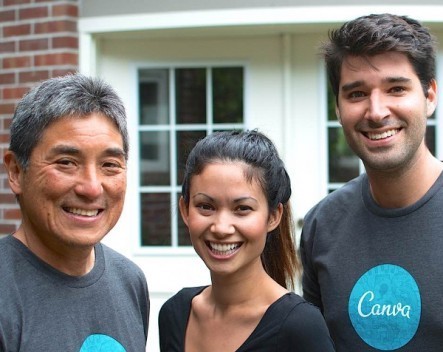 “They always think, ‘my God, I really need to scale up quickly because my rockstar programming team is going to deliver a product on time for the first time in the history of man’.”

Kawasaki detailed a classic case of biting off more than you can chew, where founders well and truly jump the gun on their product timelines and successes, scaling up ahead of time by purchasing things like server space and tech support — all without really needing it.

Entrepreneurs then start burning hundreds of thousands of dollars a month in preparation of their product launching or software shipping. This (inevitably, according to Kawasaki) does not happen, resulting in disaster for the startup.

“So now [the software] is going to be a year late and you’re burning $100,000 with this infrastructure because you ‘knew’ it would be on time,” he said.

“So I want you to have a different perspective on life, which is: ‘eat what you kill’. You don’t plan this grand banquet in advance of you killing something to eat, so when you kill something, then you eat it.

“Don’t count on any of your expenses happening until you actually get the customer. I have never seen a company die because it couldn’t scale fast enough, but I have seen many companies die because they scale in advance.”

4. Too much focus on forming ‘partnerships’

Kawasaki also revealed he has “a real case” against the concept of startups forming ‘partnerships’. He told the Pause Fest audience he believes partnerships have become a “bullshit” term, used by startups when they are unable to use words like ‘sales’ or ‘revenue’.

“If you have revenue or sales, you don’t need to blow smoke about partnerships,” he said.

Kawasaki says he has seldom seen announcements about partnerships lead to actual material increases in sales or revenue, and instead says startups should focus on sales. They should only look at partnerships if “something in a spreadsheet is going to change due to it”, he said.

“When you form the partnership, does it force you to open up Excel and recalculate your spreadsheet? Does it change your sales forecast or reduce your cost?”

“Or is it just marketing bullshit?”

A prevalence of businesses saying they want to ‘dominate’ a market or service is another mistake Kawasaki says he sees too often. Successful founders rarely set out with a ‘dominance’ mindset, he said.

“Do you think that Bill Gates when he started Microsoft had a dream of dominating operating systems? Nor Jobs and Woz, nor Mark Zuckerberg, nor [Canva co-founder] Melanie Perkins, for that matter.”

Kawasaki recommended entrepreneurs instead use a ‘bowling alley’ analogy, which is about focusing on knocking one pin down at a time. If you knock enough pins down over 10-20 years, you may finally get a strike.

“But it’s not going to be with one ball,” he said.

What if you have the drive but don’t have a spare 20 years…?