How Aussie startup TrademarkVision secured a “superb return” for investors, from one angel who was there 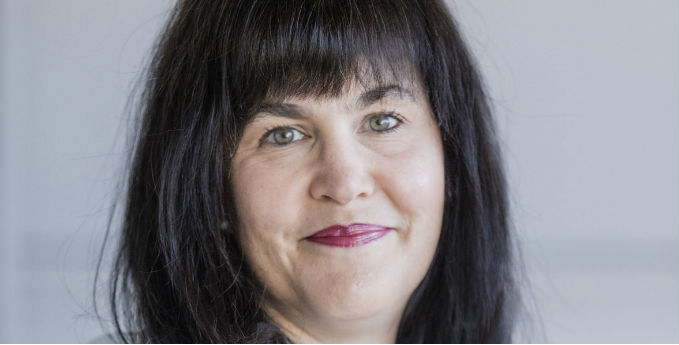 Launched in 2011 by chief executive Sandra Mau, TMV applies artificial intelligence and image recognition to the brand protection space. It was one of the first recipients of funding from the Queensland University of Technology’s Creative Enterprise Australia, and later received investment from Right Click Capital and the Scale Investors group.

Angel investor and member of the group Lauren Melton tells StartupSmart she signed herself up to do the due diligence on the initial investment, and became very involved in the startup, taking a position as chair of the board.

Melton isn’t able to reveal any of the terms of the deal or provide specifics on the returns investors received. However, she did say it was a “superb return for a business at that stage”, and “very well deserved”.

TMV has been working with CompuMark, the trademark research and protection arm of Clarivate Analytic, since 2016. Mau tells StartupSmart “the company always seemed like the right home for us”.

“They are investing in innovation, they are bold and they’re keen on disrupting the market,” she adds.

An acquisition is “a great outcome for any entrepreneur,” Mau says.

More than a passion project

As the founder, Mau has always been focused on growth, she says, developing the startup from a two-person outfit when she brought her commercial co-founder Cameron Mitchell on board, to a 30-strong team with a client list boasting global brands.

“We changed the industry’s perceptions about AI and image recognition technology and are setting a new standard,” she says.

However, she was also aware business success would equal good outcomes for her investors.

As an angel investor, Melton says no matter how passionately you feel about a startup, “the commercial returns are always priority one”.

“It’s not a social venture,” she says, “and it’s really important not to think about it in that way.”

When you’re also a board member, the money you put into a startup “pales in comparison to the time you put in,” she adds.

Because of that commitment, it’s important to believe in a startup and to have some passion for it, but there is a balance to be struck.

“Part of the passion comes with the view that if I put in a lot of effort and enthusiasm, and contribute my skills, then I actually am going to reduce the risk of having a bad outcome,” Melton says.

In fact, investing for passion alone, without prioritising the possibility of a return, could do a disservice to the entire startup ecosystem.

“If we have business prowess and business capability in Australia, and we’re not making decisions based on judgement about likely positive commercial outcomes, then we’re not really doing our job in the space,” Melton says.

“Any startup is grassroots, is about creating jobs and enhancing the productivity of the economy,” she adds.

“If we’re spending our resources on the wrong things, then we’re really not contributing positively to the startup economy.”

Getting an impressive return on investment from a seven-year-old startup is perhaps unusual, but Melton says the trick to TMV’s success goes back to why Scale Investors backed Mau in the first place.

“The technology was applied to a real problem — a very significant commercial problem in the IP space, Melton says.

It was a niche demand for machine vision applied to trademark screening and registration, she adds, but TMV was “matching up a brilliant technology and a use case, and then really sticking with that use case”.

While some entrepreneurs are prone to creating a new kind of technology and applying it to as many use cases as possible, Melton says, TMV has no time for such tomfoolery.

“Rather than pivoting … they stayed incredibly focused on improving the technology to solve that one problem for different customer in the brand lifecycle,” Melton says.

“Focus was really critical for them,” she adds.

Melton also credits the success to Mau and her team.

While Mau was very technology-focused, with a background in aerospace engineering, Mitchell excelled at the commercial aspects of the startup.

“The two of them worked brilliantly together,” Melton says.

“Each had a very specific skill set they were able to bring to bear on the business,” she adds.

“They took very sensible risks, and they were able to capitalise on those risks because the quality of the tech was so good, and because with each successive customer, the tech just kept getting better and better.”

Mau herself also pays tribute to her team, saying she has learnt how important people are to building a successful startup.

“We focused a lot on culture, and we’re proud to have trained a lot of young professionals to have built a fantastic team,” Mau says.

What makes a good investment?

There are a lot of ingredients to a successful investment. However, Melton recalls taking a trip with Mau to present TrademarkVision to IP lawyers in the trademark screening and registration space.

“One of the attorneys described the technology as ‘ground-breaking stuff’,” Melton says.

That’s when, as an investor, “you know you’re onto something”, she adds.

The target market for the technology was responding, saying not only would the product help them work more efficiently, but it would bring in incremental business, Melton recalls, and it’s that product-market fit that is “essential”, she says, “for anybody who wants to get money out of investors”.

Mau herself echoes this advice, saying startups should focus on providing value to their customers.

“Build a competitive advantage around something you have a core competency in, targeting a market segment that’s under serviced,” she says.

NOW READ: A first for Australian crowdfunding as early investors exit Jayride for up to 108% returns