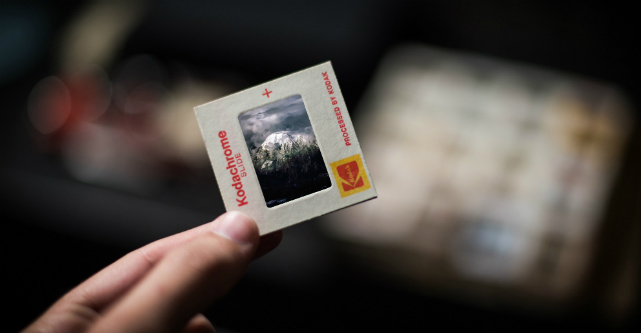 You don’t need old paradigms and buzzwords to explain your startup – the smartest people in the world don’t use old paradigms to describe new ones.

Maybe I’m painting with a broad brush here but I truly believe it. That’s something I’ve come to understand the more I meet with and talk to startup founders. I get pitch emails all the time, people who want me to write about, tweet about, or give them feedback on their startup.

So many of them try to express their ideas by mashing up old ones – It’s like “Uber for X” has become a rallying call, and a fucking annoying one at that.

But it’s just using an old paradigm to describe something new, and when you do that, you’re tying the idea to all the weight and baggage that accompanied the old. You’re taking the lazy option, and instead of trying to communicate your new paradigm, you’re falling back on something that feels safe and comfortable.

It’s not just the “Uber for” products either. Whatever’s currently big, raising money, or being acquired, becomes a paradigm that new founders use to describe or assign value to whatever they’re building.

If I was a charitable man I’d say they just struggle to properly express themselves without falling back on that trope or cliche.

But it’s not the right move.

Defining what you’re working on like that can only and will only hamper you. If you only define your product in the terms of another, you’re not explaining the crucial information. All you’re saying is, we copied some of this and some of that, and mixed it together. That’s a pretty meaningless proposition. It doesn’t tell me anything of value about the product.

And if it’s not the mashup answer, it’s a collection of ridiculous buzzwords and phrases. I’ve heard pitches that included IOT, Blockchain, Bitcoin and AI in a single run-on sentence. It made me want to denounce technology and become a hermit.

It speaks to the bigger problem. Those founders try to sum themselves up in that way because they don’t know the answer to the three main talking points that every entrepreneur should be prepared for.

That’s the what, how and why — three questions you have to be able to answer succinctly and simply.

A friend of mine is in venture capital here in Australia and he listens to a wide range of different pitches. Some of them are good but the majority are tough to hear because the founders can’t clearly explain to him what they’re doing.

He’ll push them to go back to their first slide and express in a few sentences what they’re doing. He wants to hear the answers to the three questions. And if people can’t give him those answers, he’s not going to give them the time of day.

You should be able to, you need to be able to tell me what you’re building, in your own words. If it’s a better scooter, or a video game about lasagna, that’s fine. But express it as simply and carefully as you can. No buzzwords, no fancy talk. Just straight shooting. If you’re building a word processor with minimalist design, say that. Don’t call it a “distraction free content creation workspace”.

You have to be able to explain how. How are you approaching your product? What’s your methodology? Do you have something ready to go? Have you invested your own money in it?

Probably more crucially, why are you doing this? Have you been testing it before building it, have you researched it, do you know that there’s a market? Do you know people want it? Is there a need? Does it solve a problem? What does it do better than competing products, and is that enough?

These questions are going to be hard to answer. That’s a fact. I’d be worried if they weren’t. But being an entrepreneur isn’t about having a smooth, easy ride, and it’s sure as shit not about doing random crap without explaining yourself. That’s not going to work out for you.

If you can answer these questions, people are more likely to be interested in you. But even more importantly, you’ll have a handle on what you’re doing, and more of a clue about whether or not it’s a good idea.

As I said before, if I was a charitable man, I’d think these founders are only struggling to express what they do. But the fact is, I’m not that charitable.

So I think a lot of these founders have no idea what, why or how they’re building anything, and all they’ve done is highlight a couple apps or products that work and mashed them together in the hope of a payday.

Am I being too cynical? Maybe.

But what else am I supposed to think if you can’t tell me what you’re up to in your own words?

Learn how to explain what you do, learn how to answer those three questions and then talk to people. Nobody cares about your product that just sounds topical or in vogue because you’ve mashed up a bunch of crap.

And nobody cares about buzzwords. People want simple explanations.

I think we’re scared to make things sound simple. As though we’re not completely certain about our ideas or our passions, so we try to make them sound incredibly complex and nuanced in order to make them seem more legitimate. That’s where 50 page marketing plans come from, when all you need is one to five.

But simple is good. Simple answers are good. Simple doesn’t waste time and it doesn’t confuse the issue. Simple is what makes the difference between me giving a shit and switching my brain off.

I’m more likely to write about, or be interested in, an average product with a great explanation and definition than an amazing product that I can’t understand. It’s that straightforward.