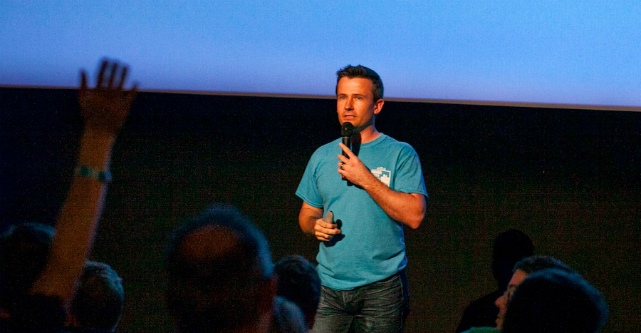 Keeping an open mind, learning new skills and being prepared to compromise are key attributes in achieving hackathon success, according to hackathon facilitator and Startup Catalyst chief executive Aaron Birkby.

Hackathons are valuable opportunities to validate your ideas, quickly build a minimum viable product, and establish vital startup relationships, but for the uninitiated, they can also be alienating and intimidating.

Aaron Birkby has facilitated multiple hackathons for Bank of Queensland and CUA. He shares some basic dos and don’ts to ensure your next hackathon is full of collaboration and creative collisions.

For first-time hackathon participants, the experience of pitching your ideas to a room of strangers can seem daunting, especially if that idea isn’t received as well as you had hoped.

“Come in with a really open mind,” Birkby advises.

“People come in to a hackathon fixated on pitching their idea — if it doesn’t get picked up they get alienated and leave.”

Instead of becoming discouraged from the outset, Birkby suggests using this as a learning block to develop in future.

“Come in prepared to get the full experience; learn new skills and see how people work under pressure,” he says.

Birkby also notes that a successful hackathon experience relies on the facilitators guiding and shaping the participant’s journey.

“Every hackathon should be designed differently,” Birkby says, emphasising that facilitators should “really understand the purpose” of the hackathon, whether it be to effect cultural transformation or encourage upskilling, then “push the attendees to that”.

Facilitators and hackathon staff should also make themselves personable and approachable, while keeping “an eye out for those people falling off the cliff” during the program.

He encourages private conversations and for facilitators to reach out to individuals to encourage everyone to get involved and ensure no one is being marginalised.

“Do some activity to bring people’s emotional journey back up.”

Birkby often sees hackathon participants fall down when they get “anchored to the notion that their idea is the only way” to succeed in the hackathon.

“They come in with blinkers on, and don’t fit in with the rest of the team,” he says.

For technical participants, Birkby also warns against becoming fixated on “building and doing” instead of “going out and validating and testing assumptions” with real-life consumers.