What the world’s biggest investors want to know about your business: Mark Cuban, Shahrzad Rafati and Chris Sacca on what they look for in a startup 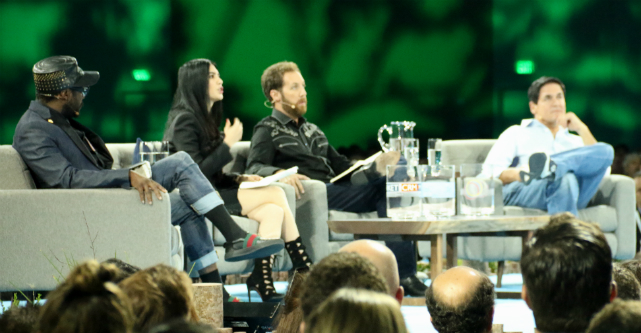 Whether you’re preparing for an investor pitch or need to give your startup a quick self-check, here’s a guide to what some of the world’s leading entrepreneurs, innovators and investors want to know about your venture.

At Dreamforce’s inaugural pitch contest watched by more than 55,000 people, a heavy-hitting judging panel including US Shark Tank investor Mark Cuban, artist-turned-tech entrepreneur Will.i.am, Broadband TV founder Shahrzad Rafati and former Google executive Chris Sacca took centre stage as hopeful startups threw their ventures on the line for the chance to win up to $US200,000 in investment.

The judges didn’t hold back in ripping apart contestants’ pitches and companies.

Here are the questions they asked and it may be worth answering some of these for your own ventures.

Shark Tank investor Mark Cuban: “The proof is in the pricing”

Cuban’s questions to pitchers focused on cash flow, scale and point of difference.

“How are you going to scale?” he asked.

“You can just grow as your data set grows, you don’t have to sit and reprogram? How do you price it?”

Referring to Warren Buffet’s investment approach, Cuban said that companies with most pricing power are the ones he’s most interested in and asked that founders really consider the price of their product.

“The proof is in the pricing,” he said.

He also highlighted the need to define what’s compelling in the product.

“You’re going to have less than four minutes to walk in and convince a customer,” he said.

He said founders must show that they have solution that will make life easier, and speed is critical if the point of difference is just a first mover advantage.

“You’re in a race more than anyone else,” he said.

“Add incremental value – don’t make it seem like your solving this complicated problem.”

Cuban, who began his entrepreneurial career at the age of 12 selling garbage bags door-to-door, also offered a bit of encouragement for new startups to stay in the game.

Rafati, who has negotiated some of the world’s biggest media deals, forced founders confront the fundamentals.

“What is so special and unique about your product?” she said.

She warned that competitors can easily come in and “do it faster and better”, and grilled founders on their financials.

“What is the cost of customer acquisition and how does that change and scale as you grow your business?” she said.

When one founder stated they have a 50% addressable market, she asked them to size up the opportunity.

“How much of that is addressable to you?” she said.

“How many users do you need to get to acquire to reach profitability?”

On claims one contestant made that they are already profitable, she asked why they wanted external investment.

“You mentioned that you’re profitable, then why do you need this money?” she said.

“How you going to spend this?”

She too ended with some words of inspiration.

“The best entrepreneurs take that feedback back, they pivot and they make it better,” Rafati said.

Will.i.Am, named Tech Personality of the Year by T3 Magazine, asked the wining team Claire if the commerce chatbot would be “hater-proof” before giving them his vote.

“What do you do about trolls and bombers that could totally rip apart a product?” he asked.

His concern that without consideration at the development stage chatbot creations and the like could become places of abuse.

“The internet is full of smut and people that abuse it,” he said.

When Claire co-founder Misha Laskin told him that they have built-in filters to screen that out, Will.i.am was happy.

“I don’t want to be disrespectful to anyone but I really liked Claire a lot,” he said.

“The vision of it was amazing and I like it a lot.”

“What’s your unfair advantage?” he said.

When the contestant’s response summarised the fact that he has been to Dreamforce several times and has experience in the space, Sacca was less than impressed.

“You can’t say that your unfair advantage is that you’ve been breathing for 11 years,” he said.

He also highlighted the need to evoke feeling in the people founders pitch to.

“You haven’t emotionally attached to anyone of us,” he said.