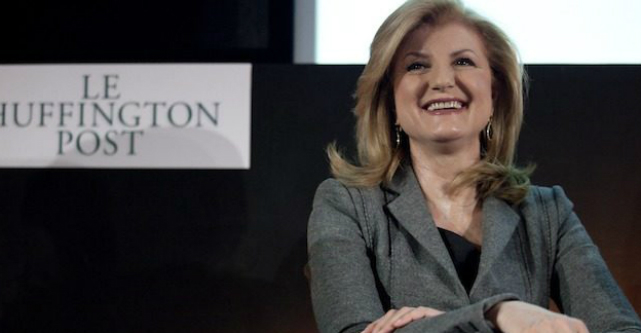 It might be that as the end of the year approaches, you are simply tired and ready for a break.

Or is it more than that? You aren’t alone if it is.

Tales of burnout, working around the clock, becoming ill, becoming stressed, being chronically sleep-deprived and strung out are everywhere.

You might have heard about Arianna Huffington’s wake up call.

In 2007, two years into building The Huffington Post, she collapsed from exhaustion and burnout, broke her cheekbone and woke up in a pool of blood.

After seeking medical advice she learned nothing was wrong.

“Except everything was wrong,” as Huffington tells it.

“Is this what success looks like?” she asked herself.

That was the seed for Thrive Global, the new company Huffington has [launched].

“We are at an inflection point in history where technology has granted us powers that accelerate the speed of life beyond our capacity to cope. We’re more aware than ever that this way of living leaves us depleted, distracted and unfulfilled.”

It is the dilemma she has explored in depth since her own wake up call.

It was the catalyst for her bestselling books, Thrive, and The Sleep Revolution: Transforming Your Life One Night at a Time.

Thrive Global has an ambitious goal: to promote the physical and emotional wellness of men and women everywhere.

It will do this by teaming up with corporates and offering them workshops and coaching to boost the wellbeing of employees.

It is hosting a media hub dedicated to stories of wellness and coming back from burnout and it will sell products to help individuals rest, meditate and switch off.

The list of ambassadors and partners, already signed on with Thrive Global, is impressive: Facebook’s Sheryl Sandberg, Amazon’s Jeff Bezos, Tony Robbins and Uber’s Travis Kalanick have each offered a personal endorsement of Thrive for the launch.

The importance of sleep – which many driven people have traded in favour of “working hard”- is a subject they each address.

Wresting control back from technology is a central theme that Huffington talks about.

Unsurprisingly it features prominently in many of the “turning point” stories on the site, where men and women have divulged the details of their breakdowns and their lives after burnout.

When it comes to work technology is both an enabler and an enemy: it can facilitate flexibility but it envelops our lives in a way that is difficult to escape.

Ensuring that wellness isn’t an afterthought or that burnout isn’t the price we must pay for success, sounds deceptively simple. They sound like mere platitudes.

But the number of near-misses that Thrive Global is sharing – stories of ‘successful’ young men and women having strokes, bad accidents, heart attacks, heart palpitations, anxiety and far worse, at the hand of overwork, indicate this isn’t trivial.

Of course, there is something jarring about powerful and wealthy men and women, at the helm of huge companies, telling people to work less.

Working less is a luxury not everyone enjoys.

But it is also true that the demands of modern work – and technology – mean lots of people work more  than they should.

Any program or initiative that promotes working smarter, not longer, is welcome.

The road to “thriving” from merely “surviving” is a road we could do worse than contemplate.

How do you thrive?

Personally I thrive when I exercise, when I am disciplined about mapping out my week and when I clearly delineate my work time from my non-work time.